[CLICK HERE] for a fun activity page about St. Joseph of Cupertino.

People in Cupertino, Italy, just shook their heads when Joseph was around because he had difficulty completing tasks. Much of the time he forgot what he was supposed do. He often stared off into space. Other children made fun of him. Everyone thought he was clumsy and forgetful.

Joseph’s father had been a carpenter in the village of Cupertino but died before Joseph was born in 1603. When he became an adult, Joseph tried to become a shoemaker, but he couldn’t seem to get that right. Joseph, though, had faith in God and loved God with all his heart.

Things began to change for Joseph when he went to work at a Franciscan monastery. He took care of the animals in the stable and he was happy. He wanted to become a priest but had difficulty studying. When it came time for his exam, he was asked one of the few things he actually knew. So he was ordained a priest in 1628.

Joseph was a person of prayer in all things. He often stopped what he was doing to think of God. People were surprised that the forgetful young man turned out to be a person of great holiness. He died in 1663. The boy people thought wouldn’t amount to much is a canonized saint.

* Let’s read Luke 14:7-11 to learn what Jesus tells us about being humble. Why should we put God first in our lives? How can we be humble like St. Joseph of Cupertino?

* Let’s talk about patron saints. What is a “patron” saint? Saint Joseph of Cupertino is the patron saint of students taking exams. Why do you think he was chosen for this? Who are some other saints who have special causes? Why are patron saints examples of faith for us? Why do we ask saints to pray for us to God?

God of Glory, thank you for the example of St. Joseph of Cupertino. May we be humble as he was and put you first in our lives each day. May we be people of prayer. May we trust in you always. Amen.

Check out ruwix.com to learn the solution of the Rubik’s Cube and other twisty puzzles like Pyraminx, Square-1 etc.

This article was written by the Catechist Staff and appeared in Catechist magazine, August 2012. 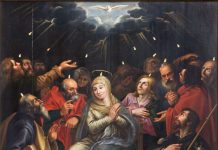 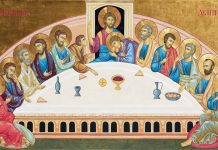