Home Lessons and Activities Yes You Can—Teach About the Holy Spirit: Saul to Paul 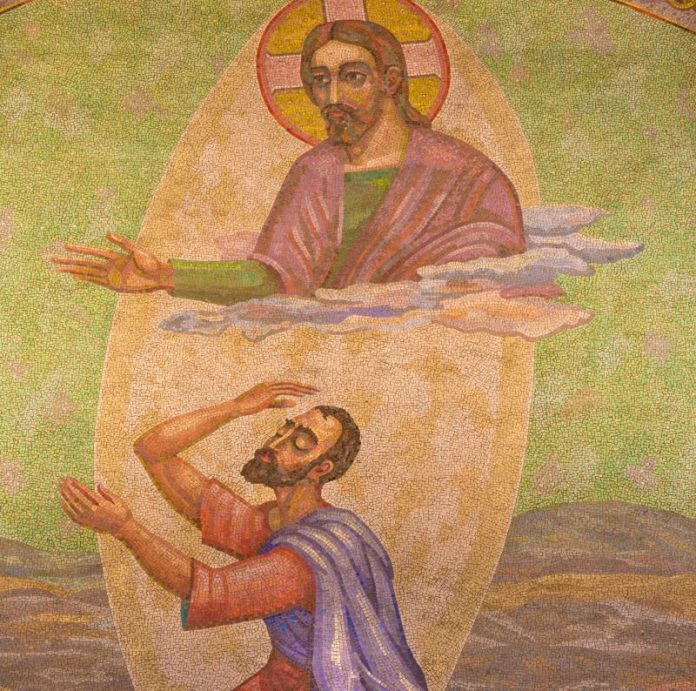 The link between the Holy Spirit and conversion

Recently, on January 25, our liturgical calendar celebrated Paul’s dramatic conversion on the way to Damascus — a biblical account presented in chapter 9 of Acts of the Apostles.  This brutal enemy of the early Church moved from “breathing murderous threats against the disciples of the Lord” (Acts 9:1) to someone who later would “proclaim Jesus in the synagogues” (Acts 9:20).

Many of us have shared this Saul-to-Paul story with our classes. And surely our students have leaned into our telling, intrigued by this bad-guy-turned-good-guy tale of radical conversion.

When we hear a powerful conversion story, we sometimes get caught up in the details of the human being who is changed. What we can easily forget, however, is that the main player in this drama is the third Person of the Trinity. The Holy Spirit is present, front and center, inside and out, in each and every story of conversion.

“So Ananias went and entered the house; laying his hands on him, he said, ‘Saul, my brother, the Lord has sent me, Jesus who appeared to you on the way by which you came, that you may regain your sight and be filled with the holy Spirit.’ Immediately things like scales fell from his eyes and he regained his sight. He got up and was baptized” (Acts 9:17-18).

■ What did Saul hope to do with all Christians? ( bring them back to Jerusalem in chains)
■ What happened to Saul as he neared Damascus? (A light flashed, and he was blinded. Then Jesus spoke to him.)
■ Why was Ananias afraid to help Saul? (He had heard about the evil things Saul had been doing to Christians.)
■ How did Saul change after he was baptized? (He “spoke out boldly in the name of the Lord” – Acts 9:28.)

1. Changes. The Holy Spirit is about conversion, and conversion is “a change of heart; a turning away from one thing and toward another.” Bring this message home by pairing students to express as partners some things that change, with the class guessing what they are representing. They can act out (for example, one student can be a caterpillar and one a butterfly), draw (one student draws an ice cube and one a puddle of water), or do anything that tells the story.

2. Saul or Paul. Provide each student with a cardstock cutout of a man. Have them write “SAUL” on one side and “PAUL” on the other, and then write on the appropriate side a list of characteristics about “Saul” (cruel, enemy, etc.) and “Paul” (baptized, disciple, etc.). Read aloud something he did in the Bible, and have students hold up high the proper side of their cutout. This is a great discussion starter.

Acts 9 concludes: “The church throughout all Judea, Galilee, and Samaria was at peace. It was being built up and walked in the fear of the Lord, and with the consolation of the holy Spirit it grew in numbers” (Acts 9:31). After bringing conversion to so many hearts, not the least of which was the murderous Saul, the Holy Spirit continued to act powerfully to build the Church — and still does today.

Lynn Wehner is a Catholic writer, editor, speaker, and catechist who lives with her husband and their children in Connecticut.