Today my family prayed the rosary again for deliverance from coronavirus. Unlike our usual family rosaries, this one included family from other households and even another state. We got together on a web app so that wherever we were, we could see and hear each other as we all prayed together at the same time. It was my son-in-law, John’s idea.

With all of us working from home, he chose to set the rosary during the traditional lunch hour 12:30 – 1:00 PM. There was something connecting about it. Not just the connection with each other in the moment but with the past when the girls who are now married used to live under our roof and join us for the daily rosary. Now here we were together again in the same room. We even had a baby interruption — which we always had while our kids were growing up — only this time it was from my granddaughter in New Hampshire. I must admit that every time she babbled, I just had to look. I don’t think Our Blessed Mother minded a bit. After the rosary was over, we all agreed to do it again tomorrow.

We need more prayer, not less

In times of plague or hardship, especially now with the churches closed and public masses suspended, what we need is more prayer, not less. And we need to do it together — even if we are miles apart. That is why Pope Francis has took to the airwaves months back with his Urbi et Orbi blessing, and with his public rosary. He is reminding us that we are members of a family whose Father is God.

The Spirit itself bears witness with our spirit that we are children of God, and if children, then heirs, heirs of God and joint heirs with Christ, if only we suffer with him so that we may also be glorified with him.
– Romans 8:16-17

This togetherness through technology has helped me feel a lot less helpless. My 92 year-old dad is a four-hour drive away and lives alone. He can no longer drive and now cannot even get a ride to church. But last Sunday I called him up and got him tuned in to a live stream Mass, as I watched at the same time. My sister in Albuquerque prayed her Sunday Mass then too. We attended Mass together, even though we were miles apart.

Mass and rosary are our go-to prayers for everything. But there are also many plague-specific prayers you can say. I turned up several in my search on the internet. They all basically asked for the same grace — the mercy of God and the restoration of health. Many of them also acknowledge that we have to do our part and give up sin, pride, and offending Our Lord.

An ancient one goes:

Remember not, O Lord, our sins of old. Hasten to us with thy compassion, for are become exceeding poor.

A modern one goes:

Heal us from our pride… Jesus Christ, healer of all, stay by our side in this time of uncertainty and sorrow.

Then there is this St. Corona prayer card — (yes, there really is such a person) — which includes again the same theme:

Heal those who are sick, comfort the suffering, bring back those who have gone astray, and above all, increase our faith, O Lord.

It is connecting to know that all across the country and world, people are praying these prayers and it helps to know that in times past, during plagues much more devastating than our own, many saints grew closer to Our Lord. We can call upon them now to help us do the same.

The communion of saints

St. Sebastian was an early Roman martyr who survived being shot with many arrows and was long invoked against plague. Then there was St. Roch who in the fourteenth century gave up a comfortable life to tend victims of the Black Death. St. Charles Borromeo, was cardinal archbishop of 16th century Milan, Italy. He went out barefoot to bless and minister to the sick in the worst afflicted hospitals of his diocese. To these well known saints, I have to add the 14 holy helpers. They are simply saints of different times and places – like St. Catherine of Alexandria and St. Barbara of Lebanon – who were lumped together to avert the Black Death in Germany. Each of them suffered some illness or pain from a headache to a deathbed temptation to despair. They know how it feels.

I believe that is why God gives us the Communion of the Saints. It’s not because he can’t hear our prayers without help. It’s because he wants to surround us with loving family, people who are going through the same thing, people who know how it feels to suffer. Pray to them as a family and when you do, know that they are praying with you as if they are right there in the room.

Susie Lloyd is a regular contributor to Catechist on themes related to the domestic church. She has also won three Catholic Press Awards for her writing. Find her books, articles and more at SusieLloyd.com 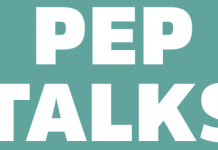 Teacher: “I don’t think I’m reaching some of the students.” 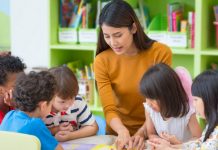