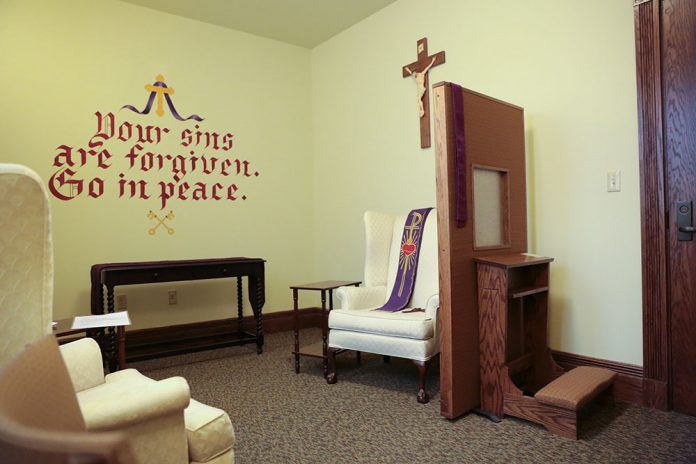 “Why are people so afraid of going to confession?”

I could tell that this question resonated with my confirmation class because there were so many responses.

The students said because it was embarrassing, they were afraid the priest would judge them, the priest seemed unapproachable, or they thought they would get yelled at.

These fears are real concerns and they are the reason many stay away from the Church for years.
I reminded my students that the Church has an “endless desire to show mercy” (Face of Mercy, 10) and that when they enter the confessional the priest is in persona Christi (in the person of Christ). When they whisper their sins into the ear of the priest, they can believe that they are whispering into the ear of Christ himself!

Every time we feel anxious about going to confession we can remember the story of the prodigal son (Luke 15:11-32).

We know the story well. We hear about the younger son who was perhaps bored and indulgent and didn’t appreciate his father’s gifts. Wishing the father dead, he asked for his inheritance to leave his father’s house and make it on his own.

The younger son, forgetting who he truly was, filled his life with cheap thrills, pleasures, and other lies that he thought would make him happy. When the money ran out he discovered that he had no meaningful relationships and the passing pleasures weren’t satisfying at all. He sought happiness, but he never felt more empty—drooling over the slop of pigs.

Broken, weak, and with no means to save himself, the younger son recognizes his great need for help. It was this act of humility that was his first step towards mercy and forgiveness.

Imagine the scene. As soon as the son walked onto his father’s land, the father started running out to him. What could the son have felt at that moment? Shame? Fear? Regret? Maybe he thought the father was coming to scold him or to banish him from the land forever? Full of contrition, the son practices his request to his father.

Scripture tells us that the father caught sight of his son while he was still a long way off and was “filled with compassion.” The father runs to meet his lost son.

Pope Francis says, “Confessors are called to embrace the repentant son who comes back home and to express the joy of having him back again” (Face of Mercy, 17).

Breathless and overjoyed, the father running to meet his lost son is an image of the condescension and overflowing grace that is poured upon the sinner who would just take but one step back to the Father.
The father places the “finest robe,” the garment of mercy, on his lost son and they have an extravagant feast to celebrate his return.

This is what happens every time we go to confession. No matter what your sins, there is nothing that the father cannot forgive. Christ died on the cross for our sins. Yes, even that one. The father is waiting for you.

Robyn Lee, is a former editor of Catechist magazine, and this article was originally published as an Editor’s Note in Catechist. Robyn Lee has since entered religious life and is now known as Sr. Mary Mercy, in the order of the Franciscan Sisters of the Eucharist.

Copyright 2016, Bayard, Inc. All rights reserved. This article is protected by United States copyright and other intellectual property laws and may not be reproduced, rewritten, distributed, redisseminated, transmitted, displayed, published or broadcast, directly or indirectly, in any medium without the prior written permission of Bayard, Inc. 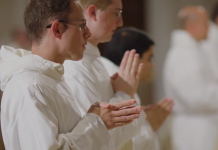 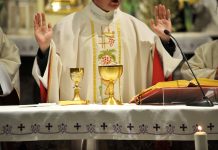 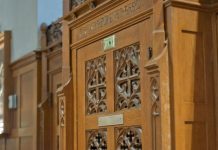