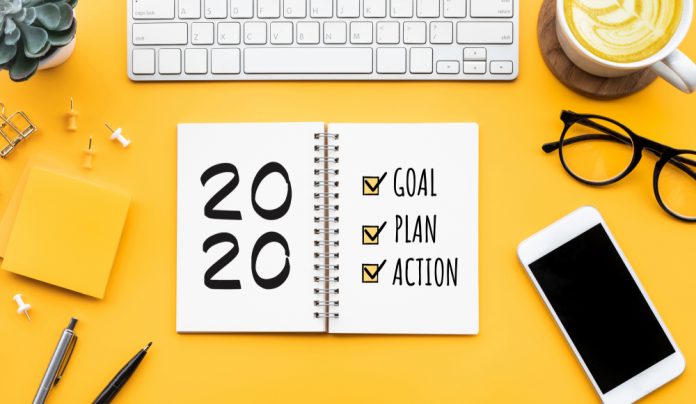 I have a confession to make. I have a checkered past when it comes to the Sacrament of Penance and Reconciliation.

I’ve gone from mountain-top highs to river-valley lows in my practice of this sacrament. At times I thought confession was the most life-giving experience ever. Other times, it was something I dreaded and had to drag myself to out of obligation.

I’m sure I’m the only one who has a tough time with this sacrament, right? Well, maybe not.

Recently though, I’ve had a change of heart…literally. That story is what this article is about…and why I want to challenge you to make regular confession a resolution for the New Year.

My Return Confessions: The Salad Days

I was away from the Church for 20 years before I returned in my early 30’s. When I first came back, confessions were simple.

I had a laundry list of things to tell the priest. It included almost everything on the examination of conscience…and sometimes beyond.

Even though there was a lot to confess, it was freeing and satisfying. Return confessions like that are akin to clearing out an old junk room. Once you’re done, you feel uncluttered and liberated from things that take up emotional space and weigh you down.

After that initial run of cleaning house, things got difficult.I no longer found my sins on the “biggie” list of the examinations.

Had I stopped sinning? I didn’t think so, but the standard lists didn’t work. I had to dig deeper, and that was hard. I ended up confessing the same things every time.

So, I got in a rut, and I stayed there for years. I went to confession because I knew I needed to, but my heart wasn’t in it. I was going through the motions and not getting much out of it.

I Know I Should Go, But…

Acedia is a Latin word for a kind of spiritual sloth or apathy. It’s a dangerous malaise that can strike even the most devout if they’re not careful. The Desert Fathers, early monks who established monasticism in the 300’s, considered acedia one of the deadliest threats to spiritual life.

Acedia makes it difficult to engage in spiritual activities. Prayers and devotions become burdensome, and what was once effortless turns into a chore. Looking back, I think that’s what I had. I just couldn’t make myself go to confession. It was onerous. I always felt good when I did go, but inevitably I put off making time in my schedule to go again.

There’s only one way out of acedia. To do the very thing you recoil at doing — practice devotions: pray, go to confession, go to Mass, and receive God’s grace.

As I fought through my unwillingness and continued going to confession, I started noticing something.

At times temptations plagued me. They became so pervasive I’d give in, and then I really needed to go to confession.

But when I did the temptations went away. They just ceased being a problem. The week before confession they were all-consuming. The week after I barely thought of them.

I could tell when it had been a long time since my last confession because the temptations came back.

In the strictest sense, you’re only obliged to confess mortal sins.

However, the Sacrament of Penance and Reconciliation is still helpful even after you’ve restored that relationship. It gives grace that’s targeted directly to the sins you’re confessing, so it assists in avoiding them later.

That’s exactly what happened to me. When I confessed the temptations went away because grace was active. The Sacrament of Penance and Reconciliation did what it’s supposed to do … reconcile me.

It renewed my connection with the Lord, which drew me into closer relationship with him and then gave me a greater share in his life and power. This allowed me to think and act more like him and resist the temptation to sin.

With reinvigorated purpose, I committed to a regular schedule. If I didn’t wait too long, I could keep the temptations, and serious sin, at bay. Regular confession became my key, once again, to spiritual renewal.

If it’s been a long time since you’ve gone to confession, or if you struggle with going to regular confession, consider making it a New Year’s resolution.

Decide to go to confession about once every three months. Schedule it with yourself by creating a recurring event in your calendar. If you’re feeling brave, make it monthly.

So, why would you want to do this?

If you’re plagued by destructive sins that weigh on your soul, this sacrament is the way out. If you long to be free, take control of your life, transform your relationships, and feel great about yourself, this is the answer.

Maybe your situation is not that radical. Maybe you just need to charge up your spiritual life. This will do it. Or, perhaps you’re in a rut, feeling stagnant, and can’t quite seem to make yourself go to confession — just do it. Trust me.

The spiritual masters recommend regular confession of venial sins because it keeps you topped off in grace, which keeps you from committing mortal sins.

Devout people don’t decide to commit grave sin overnight. It’s usually a series of small, incremental steps that compound over time. The road to cutting yourself off from God has a gentle, downward slope.

So, with this story in mind, think about a different kind of resolution this year, a spiritual resolution. Commit to confession every three months, or even, once a month. After a while, evaluate how you’re dealing with temptations and sins. I can almost guarantee it will be different … and you’ll be free.

Marc Cardaronella, MA, is director of the Office of Discipleship and Faith Formation in the Diocese of Kansas-City–St. Joseph. He is author of Keeping Your Kids Catholic, and blogs at MarcCardaronella.com 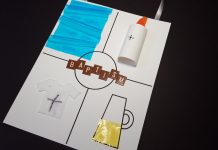 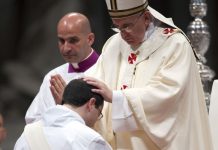