Many news outlets this week reported that Pope Francis has made some procedural decisions within the Vatican that include the abolishing of the pontifical secret in cases of sexual abuse.

Two documents are destined to make a lasting mark: Pope Francis has abolished the pontifical secret in the case of sexual violence and the abuse of minors committed by members of the clergy. He has also decided to change the norm regarding the crime of child pornography by making the possession and dissemination of pornographic images of children under the age of 18 which fall under the category of delicta graviora – the most grave delicts.

The first and most important document is a Rescript signed by the Cardinal Secretary of State, Pietro Parolin. This Rescript communicates that, last 4 December, the Pope decided to abolish the pontifical secret connected with reporting, trials and decisions regarding the crimes listed [as follows]: … cases of violence and sexual acts committed under threat or abuse of authority; cases of the sexual abuse of minors or vulnerable persons; cases of child pornography; cases regarding the lack of reporting and the cover-up of the abusers on the part of bishops and superiors general of religious institutes.

The pontifical secret, also sometimes called papal secrecy, is a rule of confidentiality protecting sensitive information regarding the governance of the universal Church. It is similar to the “classified” or “confidential” status common in companies or civil governments.

In the new instruction, Pope Francis said the pontifical secret will also no longer bind those working in offices of the Roman Curia to confidentiality on other offenses if committed in conjunction with child abuse or child pornography.

Witnesses, alleged victims, and the person who files the report are also not bound to obligations of silence, the instruction states.

The norms cover “delicts against the sixth commandment” as defined in article one of Pope Francis’ May 2019 letter, Vos estis lux mundi, which is sexual abuse of a minor or vulnerable person by a cleric or consecrated person.

It also regards the delict defined in article six of the Normae de gravioribus delictis, which is the possession, distribution, or acquisition of pornography by a cleric.

A note for catechists:
As catechists, it is important to be informed on these subjects, so do your homework and become familiar with the issues.

Pope Francis ordered the publication of a document affirming the absolute secrecy of everything said in confession and calling on priests to defend it at all costs, even at the cost of their lives.

The need for the absolute secrecy of confession “comes directly from revealed divine law and has its roots in the very nature of the sacrament to the point that no exception whatsoever can be admitted in the ecclesial sphere and even less in the civil one,” a new Vatican document said.

The “note of the Apostolic Penitentiary on the importance of the internal forum and the inviolability of the sacramental seal” was approved by Pope Francis June 21 and published by the Vatican July 1.

Some recent challenges to the secret of confession have come from states trying to react to the Catholic Church’s clerical sexual abuse crisis, the note acknowledged.

“The priest, in fact, comes to know of the sins of the penitent ‘non ut homo sed ut Deus’ — not as a man, but as God — to the point that he simply ‘does not know’ what was said in the confessional because he did not listen as a man, but precisely in the name of God,” the Vatican document said.

“A confessor’s defense of the sacramental seal, if necessary, even to the point of shedding blood,” the note said, “is not only an obligatory act of allegiance to the penitent but is much more: it is a necessary witness — a martyrdom — to the unique and universal saving power of Christ and his church.” 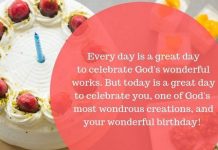 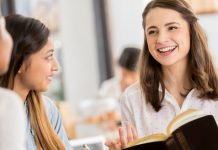 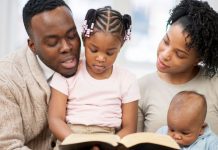