Home Lessons and Activities Living the Liturgical Year: Our Lady of Guadalupe, December 12 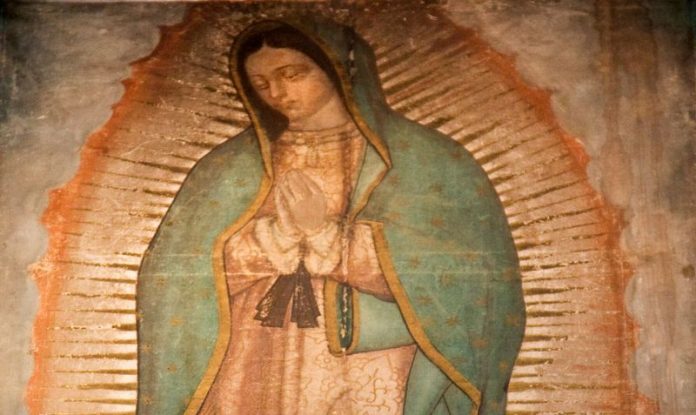 What do you need? Tell Our Lady of Guadalupe!

What if someone told you to go to city hall and tell the mayor to put up a new building in the center of town? Sounds crazy, right? But that’s a little like what happened to Juan Diego.

On a December morning in 1531, Juan Diego was walking to Mass when a beautiful lady appeared to him. She said she was Mary, the Mother of God! Mary asked Juan Diego to tell the bishop she wanted a church built on the spot.

What could Juan Diego do? He was a humble peasant — he’d never even met the bishop. He did as Mary asked, but the bishop didn’t believe him and wanted proof that it was really Mary. Things got worse for Juan Diego when his uncle became sick. The man was dying. As Juan Diego hurried to find a priest, Mary appeared again. “My dearest son,” she said
gently, “what do you need?” Juan Diego told her everything. Mary explained that his uncle would be cured. (And he was, at that very moment!) She told Juan Diego to gather some flowers blooming nearby and bring them to the bishop as a sign. Again Juan Diego did as Mary asked. At the bishop’s house, when Juan Diego opened his cloak, or tilma, the flowers spilled out, and an image of Mary appeared on the tilma.

You’ve probably seen this image of Our Lady of Guadalupe. Her picture is still on Juan Diego’s tilma, centuries later! And it is on display — in the church she asked to be built in Mexico. Many people celebrate the Feast of Our Lady of Guadalupe by getting up early in the morning for a procession (that’s like a parade) into Mass. They bring flowers, sing songs, and after Mass, share delicious food. This celebration reminds us that sometimes it might seem like doing God’s will is impossible. But Jesus and his mother Mary are always
with us, loving us and giving us strength.

BONUS: Download this page in a PDF format with activities to help celebrate this feast day. Click here: CAT.Nov-Dec2019_LivingtheLiturgicalYear_web

This article was originally published in Catechist magazine, November 2019 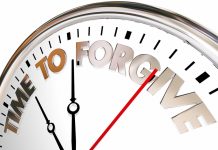 “Father, forgive them.” — a lesson in forgiveness