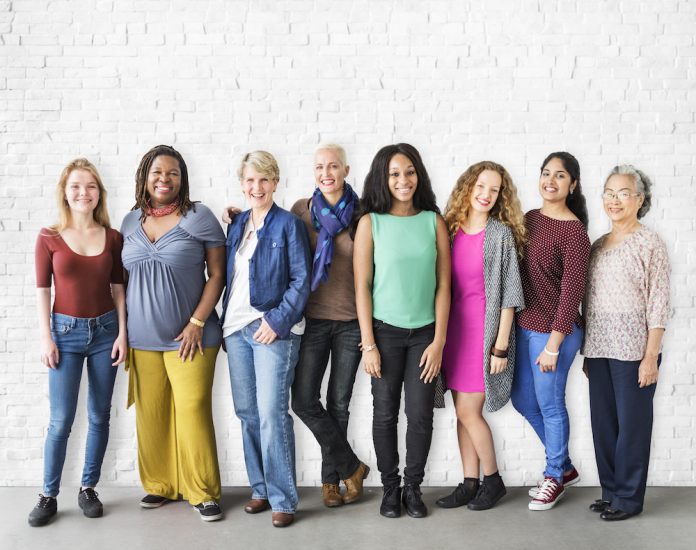 Educating on the nature and dignity of women

St. John Paul II believed the lethal mess of the 20th century — that he often referred to as the “culture of death” — was linked to a fundamental misunderstanding of the human person. The human person is not primarily a political or economic subject, but rather a moral subject made by God and for God and in his “image and likeness” (Genesis 1:26). A person’s dignity and deepest identity lies in belonging to God the Father, not in the attainment of wealth, pleasure, power, or achievements.

The former pope also strongly believed in the value and dignity of women — and what he dubbed “the feminine genius” — that is, that women have beautiful, inherent capabilities to be agents of renewal, not only to a world in crisis but also for the Church. Women who embody their own particular feminine genius empower and encourage others — both men and women — to embrace their dignity and value. And this builds up a culture of life and a civilization of love.

The mission of Endow

The encouragement, witness, and theological teachings of John Paul II are the reason for the existence and mission of Endow — which stands for Educating on the Nature and Dignity Of Women. Endow is a nonprofit organization that combines intellectual pursuits with intentional community.

Endow invites women to form small groups for study and friendship. This fulfills two great needs in the Church today: the need for friendship and the need for formation on the true, the good, and the beautiful.

Endow’s numerous study guides are specifically designed for these small groups to dive more deeply into the teachings of the Catholic faith, and in particular, the teachings about women. Endow has more than 20 studies, including John Paul II’s Letter to Women, Mulieris Dignitatem (On the Dignity and Vocation of Women), Salvifici Doloris (On the Christian Meaning of Suffering), and Redemptoris Mater (Mother of the Redeemer).

Endow also produces studies on the writings of the female Doctors of the Church such as St. Catherine of Siena, St. Teresa of Ávila, and St. Hildegard of Bingen, as well as saints like St. Teresa Benedicta of the Cross (Edith Stein).

It is no secret that 60 percent of the “nones” (the religiously unaffiliated) claim that they left the Church because of her teachings. Often, it would seem, Church teachings were neither taught nor properly understood. Here’s where the studies Endow offer can really make a difference in a person’s life — by providing a friendly, small-community environment to explore those teachings. Further, the epidemic of loneliness and the skyrocketing rates of drug abuse and suicide are also realities in the world that need to be addressed — as was the belief of the late Holy Father — at its root, through a proper Christian anthropology.

St. John Paul II wrote: “Time dedicated to education is time truly well spent, because it determines a person’s future, and therefore the future of the family and of the whole of society.”

I invite you to learn more about starting or joining an Endow group by visiting EndowGroups.org. And remember, Endow is not only for adult women, but also offers studies for young women in middle school and high school!

SIMONE RIZKALLAH, MTS, is Endow’s director of program growth. She uses her professional background in marketing communications, media, and radio to assist her passion for the faith and evangelization. As the daughter of immigrants from Cairo, Egypt, she has a particular interest in matters of religious freedom and culture. She blogs at CulturalGypsy.com.

This article was originally published in Catechist, February 2020. 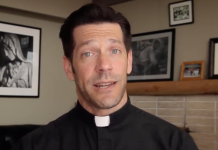 Can a Catholic Marry a Non-Catholic? (10-min. video) 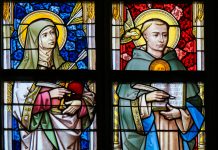 The Relevancy of Saints