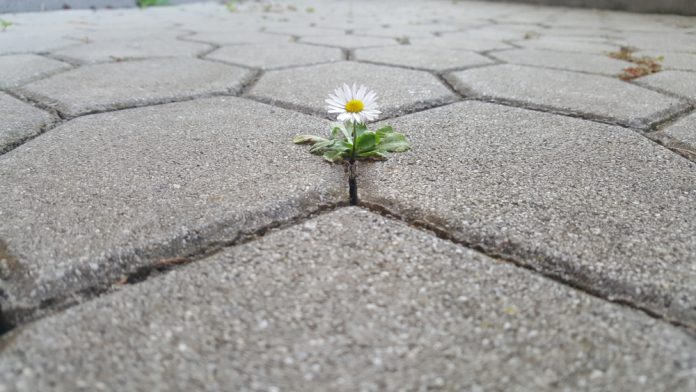 Fr. Thomas Berg had just finished celebrating morning Mass. The faithful had left the church, and Fr. Berg was locking up. As he made his way back to the sacristy, he glanced up at a stained glass window depicting the Resurrection. It was a gloriously beautiful weekday morning, and the sun lit up the window’s brilliant colors. But Fr. Berg’s soul was in darkness.

“Do I still believe that?” he asked himself as he looked at the image of Christ rising from the dead.

Fr. Berg’s crisis of faith was brought on by the experience of being hurt by the very Church he had grown up loving and dedicated his life to. The religious order to which he had belonged for more than 20 years had betrayed his trust. The lies by which his superiors had tried to cover up the crimes and sins of the order’s founder, Fr. Marcial Maciel, had been too much for Fr. Berg to bear.

“I found myself immersed in a spiritual desolation,” Fr. Berg writes in his book, Hurting in the Church: A Way Forward for Wounded Catholics (Our Sunday Visitor, 2017). “Everything seemed open to question: How many lies had I been subjected to? How had I ended up in this dysfunctional religious community in the first place? How had the Church failed to discover Maciel’s deceptions? If so much of what I had believed in as a member of this community turned out to be lies, if the whole life project I had pursued for over 20 years was now obliterated, what then was left? What was true? What remained of my foundation? On the inside, I was experiencing a kind of spiritual numbness.”

But his ordeal was also a crisis in the sense of a turning point. He was beginning to experience the depths of his wounds, he said, and that was “the necessary first step toward healing.”

He began to write, more for his own healing than anything. In time, his writing evolved into a book that he hopes will help others who have been wounded by some experience in the Church.

Now a priest of the Archdiocese of New York and a professor at St. Joseph’s Seminary in Yonkers, New York, Fr. Berg spoke with Catholic Digest about what he discovered.

Q: What is behind the phenomenon of people having hurtful experiences in the Church?

A: It is the result of, at times, a very anemic, very superficial living of charity or lack thereof in the Church, in our interpersonal relationships with one another. That’s where it stems from.

It is happening so often that in many ways we’ve just gotten used to it. There can even develop at times a kind of culture of hurt — in our chanceries, rectories, parishes, ministerial offices — where we just get used to treating each other in ways that are simply unchristian, especially in the relationships persons entrusted with leadership have in their leadership style, in their way of approaching those they’re called to serve.

The sad thing is, we can get used to it and start to think that this is just how we are and how we treat each other, and we have no sense or vision of what life can be like if we really live the radical Christlike love we’re called to.

Q: Aside from sexual abuse, what are some of the other ways people hurt one another in the context of the Church?

A: Manipulation, betrayal, abuse of power, other kinds of emotional and spiritual manipulation, control, character assassination, detraction, you name it — very basic gross human failures that should not be as present as they are in our faith communities.

Obviously, the pinnacle of this and standing in its own sad category is priest sexual abuse. That is one of the most grotesque forms of abuse of authority and power.

In my book, I’ve tried to showcase the stories of a couple of abuse victims who have survived and managed to keep their Catholic faith intact, or God has kept it intact. There’s nothing quite like hearing a victim of sexual abuse tell their story.

Q: Many of the examples you give sound like the same way we hurt each other in the world, except that we’ve crossed over this imaginary border and brought it into the Church. How is it that people can be hurt in the Church or by the Church, which is an institution founded by Christ to save souls?

A: On the one hand you can just look at the letters of St. Paul, and it becomes immediately obvious that not all of the first Christians were being very Christian to each other. It’s obvious there were some of the same problems we still experience today: the abuse of leadership and all of our vices, intrigue, jealousies, greed, the desire for power and control. That’s human nature, and that can also manifest itself in members of the Church. 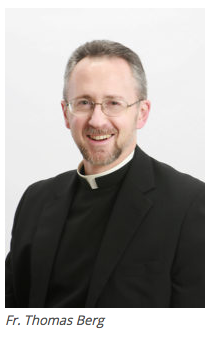 If we are living a life of virtue and discipleship, that requires of us this profound self-examination that would lead us to actively cultivate those virtues which are contrary to all of these vices. Our present situation in the United States and Canada is pretty spectacularly poor, in many ways, in terms of the kind of failure that’s going on. I’ve looked at the priest sexual abuse crisis as this incredibly low-water mark. To have a culture of secrecy, manipulation, control, lack of transparency, inability to confront these truths, and just the whole dark, mysterious way that bishops for decades allowed this to go on — I think we have fallen to a dramatic low point.

I think it is a signal that overall our life of charity in the Church has really sunk, and we’re called, with the help of God’s grace, to open ourselves to allow the Holy Spirit to initiate a newly vibrant way of living Christlike charity. It’s got to start on an individual level, and if we hope to prevent the horrors of the sexual abuse of minors, for example, that will require of every member of the Church to be living as vibrant a life of charity as he or she can.

Q: What are some of the ways people can heal?

A: First of all, reach out to others and tell your story — reach out to someone and confide what has happened. Secondly, accept help. Know that you’re not alone, and get the help you need, which might include some kind of counseling, or therapy.

And then accept what has happened. Understand that it is now part of your story, but it’s not going to define who you are. And then try to discover within where, guided by the Holy Spirit, there might be a calling, an invitation, an opportunity, a new possibility arising from that crisis. We need to open ourselves to see how the Lord wants to use what has happened to actually help us to be better Christians, more dedicated disciples, and more radically open to the action of the Holy Spirit in our lives.

All of this at some point will probably require us to engage in the arduous task of forgiving whoever has perpetrated the hurt.

Q: What can the Church do to draw people back who have left because they were hurt?

A: Specifically, regarding sexual abuse, we have to listen to them. A lot has happened in 15 years. We’ve set up safe environment training programs, we do background checks, we have all kinds of reporting and systems, and there are new diocesan offices for child protection. And that’s all good. But frankly I don’t think any bishop should be resting on his laurels, saying that’s enough. I don’t think we can reach out to these brothers and sisters enough.

One of the most important points in the book is made by Dr. Monica Applewhite, an expert 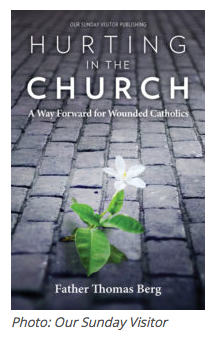 in prevention of child abuse. She says that the victims of abuse are not “them.” They are us. We tend to easily look at them, and that’s what happened before — the victims and their lawyers were seen as adversarial by many bishops. They were immediately seen as the enemy.

More broadly, given the prevalence of sexual abuse in society, every parish in the U.S. could sponsor a support group for persons who have suffered from sexual abuse of any kind.

If we’re serious about the radical, Christlike charity we’re called to live, we’ve really got to open ourselves to some out-of-the-box thinking in the Church and let it give rise to new ministries of charity, to new ways of reaching out and accompanying persons who are hurt. In so many ways our churches are filled with many, many people who are hurting.

JOHN BURGER is a news editor at Aleteia.org.

This article was originally published in Catholic Digest magazine, January 2018, and is used with permission. 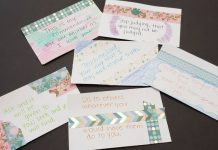 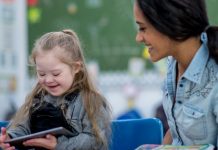