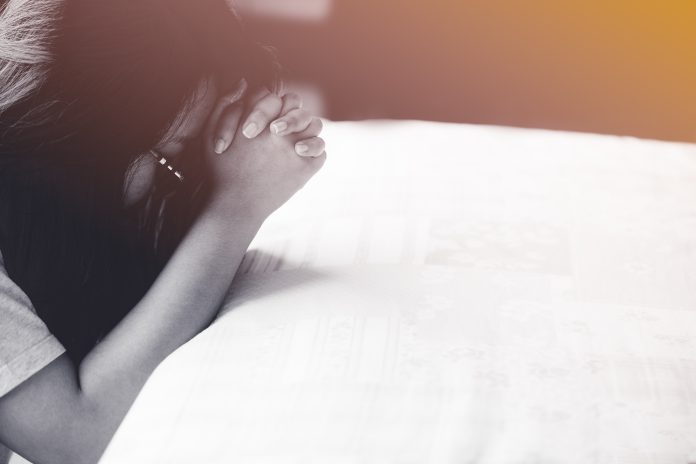 I have a picture of grace on my smartphone. Oh, you don’t?

Let me explain. Thirty-three years ago, I made the biggest leap of faith ever: I got married!

I was very young and had no clue what I was getting into; I was in love! Although we went through the diocesan marriage preparation—to be very honest with you—I blew it off. I wasn’t Catholic then, and that all just seemed like a series of hoops to get what I wanted: the guy I loved, the white dress, and the party. I really wasn’t looking for the Church’s approval or assistance.

We were married in the Church because Jim was Catholic and I wanted to make him happy. I dimly recall knowing that it was a Catholic sacrament, but I had no clue what that was all about. For me, at the time, it was all about me and my guy.

The Dawn of Reality

After much discussion, I agreed to raise our future children Catholic. I was ready to start a family, and if saying yes to raising my kids Catholic was the cost, then I was prepared to pay it.

I did go to my church on a regular basis, and I thought I was pretty strong of faith. As a Lutheran, I knew baptism was a sacrament, but I didn’t have a clear picture of what that meant. Once again, raising our future children Catholic was a hoop I was willing to jump through to get what I wanted: a family.

What I came to realize was that family life called for a lot of effort. Marriage was work. Jim and I were strong in our respective faiths, but we were not united. We were a family every day except Sunday. Something was lacking.

Of Faith, of Religion

After a few years, I decided to go to RCIA—but not to become Catholic. Rather, I just wanted to know what my son was going to be taught.

As I went through the RCIA process, I deliberately refrained from receiving Communion in my own church. We practiced closed communion; that is to say, if a person was not a believing Lutheran, that person was not invited to the table. I still attended Lutheran services occasionally, but I stayed in the pew at distribution time. I felt that I couldn’t participate in a community that I might be leaving.

That was a long year. I began to feel an emptiness and a longing. I was like Philip Nolan of a Man Without a Country. I was a woman of faith without a religion and without the rituals and gifts that a community of like-minded people share and celebrate.

I longed for the intimacy of Jesus present in me in a real and tangible way. I needed strength and courage, discernment, and mercy. I found myself falling in love with the Catholic understanding of sacrament as gift and as grace. I had never really understood Sacraments as something God gives to me; rather, I had understood them as obligations. The theology that stated sacraments are “masterworks of God” (Catechism of the Catholic Church, 1116) of and by and for the Church (see CCC, 1118) began to resonate deeply in my soul.

When I was confirmed, I trembled with the excitement that God was fulfilling what was begun in me at Baptism. I was aware and nervous because I knew that the gifts opened for me were to be used—and I wondered how.

Nearly 25 years later, I can reflect upon the graces received then, and each Eucharist since. I have been blessed to walk with others on their faith journeys and to partner with parents as they guide their children. Sadly, I think that, for some, the Sacraments have become a box to check, indicating an accomplishment. “My daughter is in second grade, so it’s time to plan the party and shop for a dress.” Or “Our son is in eighth grade, so he has a right to be confirmed; it doesn’t matter what he thinks about God.”

Now I know, as do you, that those statements and attitudes can be challenging and even frustrating for us as religious educators. We so want the families of the children in our parish programs to know Jesus and to want to put him first always. We offer presentations, retreat days, and resources to help families experience their faith as relational. Those of us who walk with catechumens and candidates earnestly desire that the Vigil will be the highpoint of their lives. And yet, all too often—at least for some—it seems as if the Sacraments are hoops to jump though in order to obtain some desired self-serving goal.

In those times of doubt and discouragement, I recall my own faith journey, and I have to be honest with myself: Even now, there are times when I am not focused on the graces I receive in the Eucharist or in being absolved of my sins. Yet, the graces are always there, ever present. Yes, they are most effective when I am aware of them, but my distraction does not lessen the gift God so freely gives. Saint Ambrose reminds us that we should not consider the merit of individuals, but the office of the priests (Mysteries, 27). In other words, the grace of the Sacraments is not dependent upon us, but remains true because it is of God. Thank God!

We must not judge. Rather, we must remember that God’s graces are always flowing, and hope that one day each person who celebrates a Sacrament is aware of and responds to the gift of grace. The photo of my husband and children on my phone screen serves as a reminder of grace received—and the need to be aware of and thankful for it!

Carrie Sallwasser has been a Coordinator of Religious Education in the Archdiocese of St. Louis for 18 years. She serves as President and Heartland Representative for the National Association of Parish Catechetical Directors (NPCD).

This article was written by the Catechist Staff and appeared in Catechist magazine, April 2015. 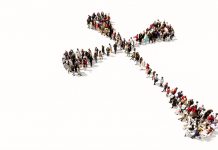 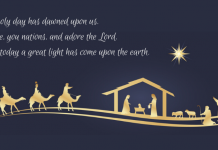 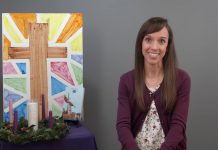 Children’s Liturgy of the WORD — Second Sunday of Advent