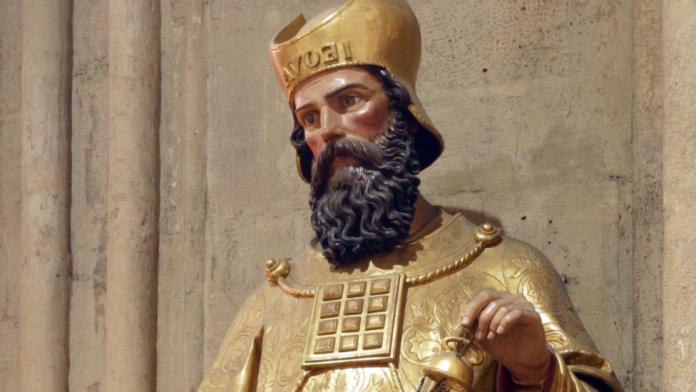 Sometimes to understand the importance of something, a little bit of backstory is necessary. To deepen our teens’ understanding of the priesthood, explore the following Scripture verses with them.

What does sacrifice mean? In its strictest sense, with its original intent, a sacrifice is an offering made to God by a group. This sacrifice is carried out by an individual who represents the group. Sacrifice is active prayer, not simply spoken words, and the person who carries out the action is the priest.

At the time of the Last Supper, Jesus spoke the words of the very first Mass. These words are words of sacrificial offering — “This is my body that is for you. … This cup is the new covenant in my blood.” If it had stopped there, we would not have the priesthood today, but then Jesus did something remarkable. He told the apostles: “Do this in remembrance of me.” Jesus passed on to them the power and the responsibility to carry out the sacrifice of the Mass from then forward.

When the needs of the people became more than the 12 apostles could address alone, they ordained deacons to carry out the daily care of the people. This allowed the apostles to continue with devoting themselves “to prayer and to the ministry of the word.” The apostles also passed on the role of the priesthood through the laying on of hands as the Church grew and more priests were needed. The apostles knew they had the authority to ordain and they exercised that authority.

“Apostolic succession” sounds fancy, but it’s not a difficult concept. You have the remarkable opportunity to help your teens understand how amazing the priesthood of the Catholic Church really is. We can trace our popes all the way back to St. Peter. We can trace the diaconate and the passing on of priestly authority all the way back to the Acts of the Apostles. That’s something to be proud of!

(From the Glossary in the Catechism of the Catholic Church)

Sacrifice: A ritual offering made to God by a priest on behalf of the people, as a sign of adoration, gratitude, supplications, and communion. The perfect sacrifice was Christ’s death on the cross; by this sacrifice, Christ accomplished our redemption as high priest of the new and eternal covenant. (See also CCC, 616, 1357,1544, and 2099.)

Apostolic Succession: The handing on of apostolic preaching and authority from the Apostles to their successors the bishops through the laying on of hands, as a permanent office in the Church. (See also CCC, 77, 861.)

BECKY GROTH is a writer for ODB Films. 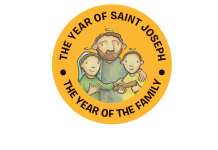 Children’s Liturgy of the WORD — 1st Sunday of Lent 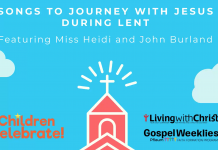 For Children! SONGS to JOURNEY with JESUS during LENT!