The what and why of the ministerial priesthood

In announcing the advent of the kingdom of God, Jesus made sure that there would be a way for his incarnate ministry to continue even after his ascension. Through the Apostles, Christ provided us with a visible structure for the community that we now call the Church. Peter was established as the head of this community, with his brother Apostles serving as leaders in teaching and prayer for the larger body of disciples. This is the origin of the hierarchy of the Church, and that hierarchy is maintained and grows through the Sacrament of Holy Orders. By reflecting on the teaching of the Church on this sacrament, we can come to a better understanding of God’s plan for his mystical body, the Church, and how it works to build up the kingdom of God.

The successors to the Apostles

The Sacrament of Holy Orders is so called because it refers to an “order” (or rule) for organization in the community (see CCC, 1537). God instituted this sacrament so that “the mission entrusted by Christ to his apostles continues to be exercised in the Church until the end of time” (CCC, 1536). This ministry specifically refers to the Apostles and their successors, the bishops. In turn, the bishop shares his authority with his priests. He also shares his authority in a different way with his deacons. These three orders — bishop, priest, deacon — constitute the hierarchy of the Church. However, as the Church’s Dogmatic Constitution explains, the hierarchy is not over and above the laity; rather, the hierarchy works in conjunction with the laity, each serving a particular role in the mission of the Church (see Lumen Gentium, 3-4, at CATmag.us/ LG3-4).

The origin of the hierarchy begins with Christ’s selection of the Apostles to be his co-workers in the task of evangelization. However, the idea of priesthood and of being called apart for special service to the Lord goes back to the Israelites. After the call of Moses, God also chose Moses’ brother Aaron to be the one to act as the priest, the one to offer sacrifice on behalf of the people. This was the beginning of the Aaronic priesthood, centered around the tribe of Levi. The Levites served the intercessory role on behalf of the Israelites before God. The Church sees in this a foreshadowing of the priesthood of Christ himself, who offered the one sacrifice that need never be repeated. This one priesthood continues throughout all those in the Sacrament of Holy Orders.

In the early Christian community, the Apostles were understood as the ones responsible to carry on Christ’s mission of preaching and teaching and of making Christ present to the people in the Eucharist. When administrative duties threatened to get in the way of these tasks, the Apostles chose seven men to be the first deacons (see Acts of the Apostles 6). As the community grew, the Apostles laid hands on other men who became their successors, the bishops of the Church. When the community grew too large for one bishop to effectively serve as shepherd alone, he extended his authority to men who would be priests to share in his ministry.

Sharing in the priesthood of Christ

When a man receives the Sacrament of Holy Orders, he receives an indelible spiritual character that can never be erased.

Of course, in the Old Testament, the people of Israel as a whole were called to be a priestly people on behalf of the whole human race. In the New Covenant, all people are called to be priests by their Baptism (see CCC, 1268). The Sacrament of Holy Orders, however, is a different way in which some men participate in the priesthood of Christ. While the common priesthood of all believers orders us to offer our whole lives as a living sacrifice of love to the Father, the ordained priesthood is a particular calling. “The ministerial priesthood is a means by which Christ unceasingly builds up and leads his Church” (CCC, 1547).

When a man receives the Sacrament of Holy Orders, he receives an indelible spiritual character that can never be erased, much like the Sacrament of Baptism. From that day forward, he shares in the priesthood of Christ in a special way. This also means that once a man has been ordained, he can never be “un-ordained” (even if he must leave active ministry). Fortunately, because the man shares in the priesthood of Christ, when he exercises his ministry, it is Christ who operates through him. While we all hope that the ordained men who serve us and work with us are holy men, it is not their personal holiness that makes their ministerial action effective; it is the ministry of the one priest, Christ (CCC, 1584). 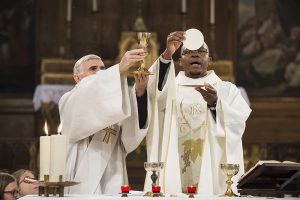 As previously noted, the Sacrament of Holy Orders comprises three distinct orders. The first of these is the bishop (or episkopos) who, by the laying on of hands, is a successor of the Apostles. The Catechism refers to episcopal ordination as “the fullness of the sacrament,” because priestly ordination and diaconal ordination are both participations in the ministry of the bishop.

The two primary roles of the bishop are to be pastor and teacher for the local diocese, the particular flock he shepherds. In his role as pastor, the bishop has authority over the local church and is responsible for its growth, maintenance, and administration. As this is a significant task, he is assisted by many people, both men in orders and laypeople, all of whom bring their special skills to bear. However, it is the bishop who is ultimately responsible for everything that occurs in his community, and this is a serious responsibility, one to be conducted with great care for the needs of God’s people and with due humility. St. Augustine wrote:

Rather than an occasion to dominate others by his authority, the work of the bishop is to humbly labor for the eternal welfare of all those in his charge.

The second role of the bishop is to be the teacher of the Catholic faith. This makes sense, as he is the successor of the Apostles, who were charged by Jesus to go out and teach “all that I have commanded you” (Matthew 28:20). In fact, the magisterium, the teaching authority of the Church, is derived from the work of the bishops teaching in communion with one another and in continuity with their predecessors. While the bishop is the only person who can formally speak on behalf of “the Church,” his authority in this regard is only when he teaches in line with the magisterium as a whole. This provides the Catholic faithful with assurance that they are receiving the truth as revealed by Christ.

Because the work of the bishop is extensive (increasingly so as the Church grows around the world), he shares his mission with those men who are priests. Bishops and priests are “co-workers of the episcopal order” (CCC, 1562). While the priest is subordinate to the authority of the bishop, he contributes to the work of teaching and especially shepherding the people of God. While the laity truly serve as the vanguard for the Church’s work of evangelization in the secular world (see LG, 33), the priests serve as a front line for the mission of the bishop. The most important work of the priest is the celebration of the sacraments, most especially the Eucharist, by which the one sacrifice of Christ the High Priest is made present for the community (see CCC, 1566). Just as the bishops exist in a collegial union with one another, so do the priests united under the bishop exist in a brotherhood with one another. This collegiality serves each of them as mutual support for their work.

The third order of ordained ministry is the office of deacon. The role of the deacon has changed over the history of the Church; in the initial creation of the office in Acts of the Apostles 6, the deacons were chosen very specifically to deal with the maintenance of the charitable ministries of the Christian community (though the story of Stephen in Acts of the Apostles 7 certainly suggests that they also engaged in preaching). Over time, the deacon became a transitional role during a man’s preparation for the priesthood. The specific office of the permanent deacon was only reinstated after Vatican II. While the diaconate is described in the Catechism as a “lower” level of the hierarchy, their ministerial function under the bishop is distinct from the priest. Where the priest is ordained to assist the bishop primarily in shepherding, the deacon is called to serve (diakonia) the priestly ministry by assisting at the celebration of the sacraments, in preaching, and in offering himself for the needs of the local community (see CCC, 1570).

A gift from God

CHRISTOPHER KLOFFT, STD, is Associate Professor of Theology at Assumption College in Worcester, Massachusetts. He is the author of Living the Love Story: Catholic Morality in the Modern World and blogs about Catholicism and popular culture at ChristopherKlofft.com. 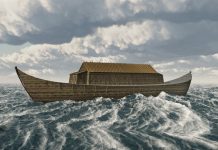 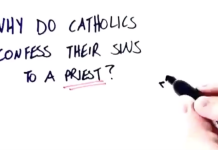 The Sacrament of Reconciliation Explained – a 6-min. video 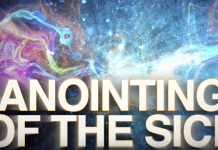