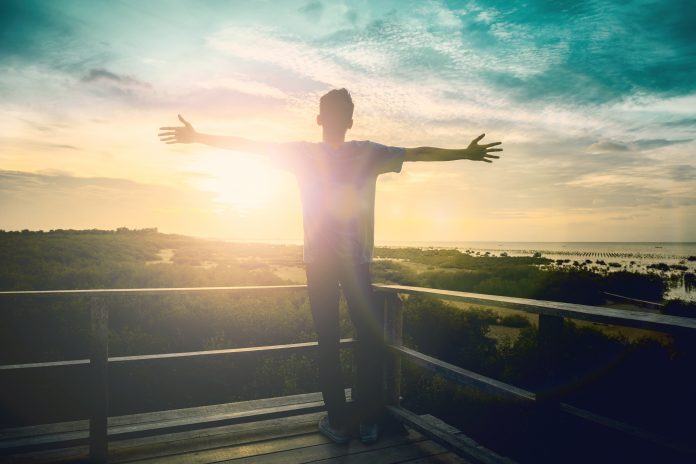 I am forever cursed to be an early riser!

Most days I am out of bed before 5:00; drowsing until 6:00 is an extreme sleepover. One of the great pleasures of this early riser is to slip out of bed and into a hot cup of joe! Why coffee is called “joe” has many explanations, but whatever the origins, I love my cup of joe.

Hidden in the midst of March and surrounded by the purple of Lent is the feast of another Joe—St. Joseph. There is very little about St. Joseph in the Gospels. He is important to the Infancy Narratives—obviously. But much of the lore of St. Joseph comes from apocryphal writings and legend. We all have seen the statues and holy cards representing Joseph as an old man carrying a staff with lilies blooming from its top.

Sticking to the biblical accounts, I see Joseph as a vital young man whose life took a very strange turn. Joseph was a key participant in the mystery of the Incarnation. He was of the house and family of David the King, and Matthew’s genealogy traces Jesus’ lineage back to Abraham through Joseph’s line.

Still, Joseph often does not make it to anybody’s top-ten list of saints. Over the years, I have seen lessons on St. Joseph conspicuously absent from catechetical texts. There is an old and oft-told tale of the young lad who was asked by his catechist if he could recite a prayer to St. Joseph. As the story goes, the youngster thought for a while, and then he got a twinkle in his eye. “Yes, I can,” he replied to his catechist. “Sweetheart of Mary, be my salvation!”

Joseph was the “sweetheart” of Mary. They were engaged to be married when Mary answered her resounding “yes” to the angelic announcement. Joseph provided the male anchor of husband and father to that nuclear family we now call “holy”!

In searching for role models to present to young people, we often look for more modern saints who represent virtues we deem necessary in this complex and technological world. I suggest that St. Joseph might fill that bill, and we need not search beyond the borders of the Gospels.

An important aspect of Catholic faith and tradition is the Communion of Saints. We all belong to that communion, both here and hereafter. Part of the tradition is the belief that the saints provide us with both example and intercession. The Joseph of the Gospels cared for Jesus and Mary in extraordinary ways. The character demonstrated by Joseph shows behavior that all of us could well cultivate.

If we liberate Joseph from his rather passive role in the traditional nativity set, what do we see? We see a man of heroic virtue—and not one virtue but many. And through his intercession, perhaps those virtues can become our own.

Righteousness: Joseph wanted to protect Mary from the shame of an unwanted pregnancy. He didn’t dwell on his own hurt, but on her welfare.

Obedience: Joseph responded to God’s will for him without a second’s hesitation. He also obeyed the laws of society and took his pregnant wife to Bethlehem for the great census.

Courage: To protect his family, he swept them out of harm’s way into the safety of Egypt, where they would be strangers in a strange land.

Loving care: The image of Joseph reflects a man who had great love for his wife and his son. He also participated in Jesus’ formation in the faith and traditions of the people of Israel.

Humility: Joseph played out his role in salvation history without fanfare or personal gain. He showed a simple and honest assessment of himself, and he acted accordingly.

Fidelity: From the Annunciation to the Finding in the Temple (after which we hear little more of him), he was faithful to the call he received, to his wife, and to Jesus.

Chastity: Joseph is a model of modesty and chaste living. His chastity wasn’t a denial of sexuality. It was a pattern of life that showed great love and passion within the context of God’s will for him.

Joseph is the patron of workers and labor unions. His life shows the dignity and value of good, hard work. He left such a legacy of hard work that Jesus was identified by the carpenter’s trade.

I think that when I swing my legs out of bed in the early morning hours—to the smell of my morning brew—I might just recite a prayer to that sweetheart of Mary: “Good morning, Joe!”

Remember my invitation to join me at my IN THE SEEING blog site at mynsvc.net.

Cullen Schippe has been in Catholic publishing for well over 40 years and currently serves as President and Publisher for the Peter Li Education Group. E-mail Cullen at cschippe@peterli.com.

Make sure to use the best HTML CSS JavaScript tools to get the perfect code.

This article was written by the Catechist Staff and appeared in Catechist magazine, February 2012. 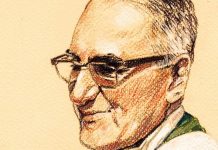 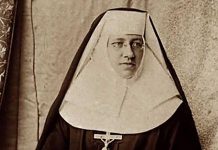 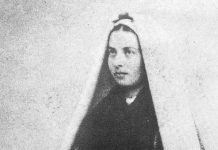 Living the Liturgical Year: Our Lady of Lourdes, February 11