Home Resources Parents and families The Bible: Better than TV

Help your children get the real stories

The Bible is the greatest story ever told, and I’m not just saying that because I’m supposed to. Nothing beats it for drama. It is the story of the world from the first “In the beginning” to the last “Amen,” with all kinds of wild and crazy stuff in between.

I first discovered the Bible when I was a kid. My parents had a fairly huge picture Bible. The people and animals looked real, not like Precious Moments figurines. The stories were not dumbed down either. That was why I couldn’t put it down. Well, actually, I couldn’t pick it up in the first place. I used to lie on the floor and page through it. It was like watching TV, only better because the stories in it were true.

Every kid should know the Bible. I’ve read its stories to my own kids for years — with one hiccup. Years ago, friends of ours, who were catechists, put on a Catechism quiz game. Imagine my dismay when I discovered that my then-five-year-old had never even heard of Adam and Eve. She was my fifth child, and I had just never gotten to it. Er, when you are a busy parent, life gets away from you sometimes.

So every night when I tucked her into bed, I would tell her a Bible story. It always began the same way. “Once upon a time, this is a true story …” She was all ears. So were the other kids. One by one they would make their way into her small bedroom, crowd onto her bed, and listen — completely rapt. Kids supposedly fall asleep during bedtime stories, but not this crew. Or should I say, not these bedtime stories. As I began, the older ones would try to figure out which story I was telling. “Oh, I love this one!” Then they started making requests. “Tell the one about the guy whose brothers sold him into slavery.” “Tell the one about the guy who pretended to be his hairy brother to get their father’s inheritance.” When I would finish, they would clamor for more.

One perk of telling the kids Bible stories over the years was that I learned them too. Yes, I
knew many of them already, but there were others that I had not heard. Or if I had heard them, I had not understood them. Or if I had understood them, I now understood them in a much deeper way. The Bible is like that. Not only does it have thousands of pages, it has thousands of layers of meaning. Each story with all its details fits into the one, overarching story. It is a story of love. “In the beginning” God created us because he loved us and wanted us to be with him. We disgraced ourselves and hid from God, but he sought us out and promised us a Savior. Thus began the centuries-long, often painful, sometimes crazy, always dramatic waiting period. Then one day, in a small stable in a backwater town called Bethlehem, the Savior finally came.

And the rest is history.

Susie Lloyd has won three Catholic Press Awards for her writing. Find her books, articles,
and speaking schedule at SusieLloyd.com.

We recommend you share this post with parents and families in your parish. This “Domestic Church” column was originally published in Catechist magazine, September 2018.

Click on the following link to find a PDF version that you may duplicate and share: CAT.Sept2018_DomesticChurch (2) 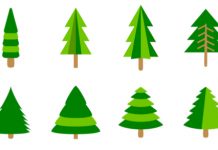