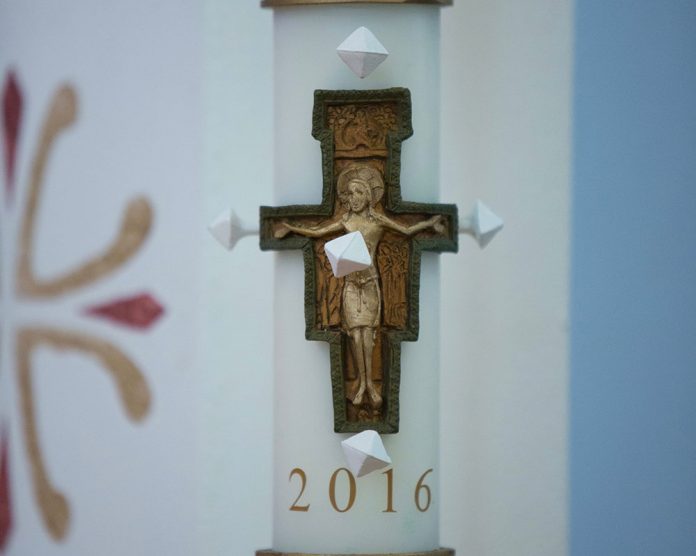 Advent Colors
Why is violet the liturgical color for Advent—a color for penance—when the season is about preparing? And why the rose color on the Third Sunday of Advent?
—Peter, teaching fourth-graders

Janet Schaeffler responds…
General Instruction of the Roman Missal (GIRM) says, “The purpose of a variety in the color of the sacred vestments is to give effective expression even outwardly to the specific character of the mysteries of faith being celebrated and to a sense of Christian life’s passage through the course of the liturgical year” (n. 345). Violet or purple is used in Advent and Lent (see n. 346).

These official rubrics found in GIRM, however, do not reference different shades of violet or purple. The 2011 Ordo, from Paulist Press (a booklet published each year containing short and abbreviated directions for the contents of the Church’s Liturgy of the Hours and the Mass of each day in the year) mentions: “The official color for the season of Advent is violet. In order to distinguish between this season and the specifically penitential season of Lent, the bluer hues of violet may be used during Advent.”

Purple is a color that is often associated with royalty. The color used during Advent invites us to focus on the coming of Christ the King and our continual working for the coming of God’s kingdom.

On the Third Sunday of Advent, known as Gaudete Sunday (the Latin translation of the first word of the Opening Prayer—rejoice), the vestments are rose colored, a brightening of the violet color to symbolize the growing joy as we move toward the celebration of the birth of Jesus.

After many years in parish and diocesan catechetical ministry, Janet Schaeffler, OP, is currently involved in catechetical/adult faith formation consultation, writing, workshops, days of reflection/retreats, and teaching. Her website is janetschaeffler.com.

Three-Year Cycle
I was teaching my eighth-graders about the three-year Church cycle, and remarked that we will be hearing the Gospel of Mark during the coming year. One of the kids wanted to know why we don’t have a four-year cycle since there are four Gospels. Do you know?

One of the Second Vatican Council’s document was on the liturgy (Constitution on the Sacred Liturgy). Among its more significant statements was the call for “a more representative portion of the holy Scriptures [to] be read to the people over the course of a prescribed number of years” (n. 51). The documents of the Council for the implementation of the sacred liturgy have no explanation for a three-year cycle, that I could find. I think, however, that there are several significant values in this change.

First, there is the Catholic and Christian practice of grouping things in threes. Our associate pastor usually has three points in his homilies. Our former archbishop used to do the same. There are various times in our liturgy when we recite things three times (the “Holy, Holy, Holy” and the Lamb of God, for example).

Second, more of the Gospels can be read. The Gospel of Mark, for example, is significantly shorter than the other three Gospels. Thus, it would be difficult to fill all the Sundays of a liturgy year with readings only from Mark. So in August of year B, we read the section on the Bread of Life from the Gospel of John.

On a personal note, I find a three-year cycle seems to be just the right amount of time to come back again to the readings with a new insight into my faith and its connection to my life. I can bring what I learned to what the readings say to me three years later.

The three-year cycle is not something that has to be that way. There is no divine or human law that demands it. But a three-year cycle is a good way to expand the amount of Scripture we are presented with in the liturgy, and it is in touch with human nature’s need for both variety and continuity.

Dan Thomas served in catechetical leadership for over 30 years and remains involved in the National Conference for Catechetical Leadership (NCCL). He and his wife, Eileen, are the parents of two adult sons.

Parent Complaints
I’ve had several complaints about one of my third-grade catechists. One parent said she has the kids pray the Rosary for the whole class session; another said her daughter has never even opened her textbook. How should I handle this? The catechist is new—and very nice!
—Concerned catechetical leader

Kate Ristow responds…
I’m sure she is very nice, but this catechist has an agenda and you need to intervene! You recruited this volunteer to teach third grade, and the complaints indicate that she is not doing what she agreed to do. It’s time to talk. Going into her classroom to observe will not solve the problem. If you “drop in” to observe, it would be easy for her to simply ask the kids to open their books to whatever chapter they should be working on that week—and if you didn’t know what you know,  you’d be none the wiser.

You cannot handle this with a breezy before or after class conversation. Make an appointment with the catechist. Be direct. Tell her what you’ve heard. Keep the conversation low-key. Avoid being accusatory. Give her an opportunity to respond. If she denies what you’ve heard, get specific. Ask her how many chapters the class has completed thus far; you know where they should be in the textbook at this time of the year.

Emphasize how important it is that all elements of your curriculum are taught—from first grade through eighth grade. Point out that each grade level builds on the previous year’s content. Help this well-intentioned catechist recognize how important it is to do her part so that there are no “gaps” in the children’s faith education.

Agree that the Rosary is a wonderful devotion that helps us to learn about the major events in Jesus’ and Mary’s lives. Point out where it is taught and reinforced in your curriculum. Work with her on a compromise. Perhaps she can introduce the children to one of the Mysteries of the Rosary each week and reflect on it as everyone prays aloud one Hail Mary.

Finally, work together on a plan for covering the skipped chapters. If there are just a few, consider asking the parents to do a chapter a week with their child. Or perhaps the class needs to start with chapter one and take it from there. Whatever you decide, if you are supportive of the catechist and keep the parents informed, you can turn this into a positive experience for everyone!

Kate Ristow, Contributing Editor to CATECHIST, has worked in Catholic publishing for over 30 years as a national speaker and writer, building on a wealth of experience in the religious formation of children and catechists in both parish and Catholic school programs.

Jesus’ Birthday
One of my sixth-graders insists that Jesus was not born on December 25. I’m pretty sure he’s right, but what should I have said in response?
—Rob T.

Chris Weber responds…
In all likelihood, your sixth-grader is correct. There is no explicit reference to December 25 in the Bible. As a matter of fact, it was several hundred years before Christians began celebrating the birthday of the Savior.

During the early days of the Church, the focus was upon Christ’s redemptive death, his Resurrection, and his impending return in glory. After all, he was coming again soon, and so life as the early Christians knew it would be changed in an instant. The “Day of the Lord” was near, and they needed to focus upon being ready for that day. It was only when Christ’s return did not happen and members of Jesus’ original inner circle began to die that the early Church realized the importance of preserving its teachings and reflecting more deeply upon the meaning of Christ’s life among us, including his Incarnation.

December 25 did not officially become Jesus’ birthday until the third or fourth century. As a matter of fact, for some contemporary Christian communities, Christmas is celebrated not in December but on the Feast of the Epiphany, January 6!

One popular theory for the origin of celebrating Jesus’ birth on December 25 is that after Christianity became the official religion of the Roman Empire, the Church chose the date to replace the pagan feast that celebrated the birthday of the sun, which took place on December 25. However, not all scholars agree. I found a fascinating article about this issue: “How December 25 Became Christmas” by Andrew McGowan, published by the Biblical Archaeology Society (to read the article, search How December 25 Became Christmas, McGowan.)

What is important for us today is not so much the date that Christmas is celebrated but rather the event we celebrate: the moment when God definitively broke into human history and became one of us.

Chris Weber has worked in the field of catechesis for over 20 years as a catechist, a parish catechetical leader, and a diocesan staff member. He is the author of Jesus-Style Recruiting: A Fresh Look at Recruiting and Forming Parish Volunteers, published by Visual Dynamics Publishing. He currently serves as Registrar at Mount St. Mary’s University in Emmitsburg, MD. 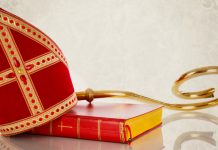