Home New Protests in the USA: Many Questions, Only One Answer

The men’s group at the parish sat stone still, many with tears in their eyes, as Joe spoke of the anger he’d been carrying in his heart for thirty years. He spoke about a time in the 1960s, when he had been a young altar server at his Alabama parish, looking forward, with the other boys, to an outing at a monastery that had a lake for swimming and fields for playing. But when the bus pulled into the monastery driveway on that summer day, the monks refused to let Joe get off. Joe was black, the only black boy among the altar servers, and in the 1960s blacks still weren’t allowed on the grounds at this Catholic monastery. So, while the other boys swam and played baseball, Joe sat on the bus, all day, alone, saying “It’s not fair” over and over to himself. He never forgot that day on the bus, and not until that night with his men’s group could he even begin to forgive.

It was the first time Joe had felt the sting of exclusion and injustice. As an African American, it would not be the last.

Most of us have felt the pain of being excluded and treated differently in some way — minorities, immigrants, migrants, women, the poor … the list goes on and on. But the African American community has experienced injustice after injustice — throughout our history, in the South and in the North, and, yes, even in our Catholic Church.

And right now, frustration and anger have boiled over into peaceful protest and sometimes into violence as well. Most of us watch, and some of us wring our hands. What do we do? Where do we turn?

The answer, of course, is clear. The answer is Jesus.

Jesus, then, and now, is the only Savior. And we are the Body of Christ. How do we live his life in our own? How do we walk with our unjustly treated brothers and sisters who have suffered from a racism built into our society? How do we open ourselves to experiences we ourselves probably have not had? How do we acknowledge our own inherent biases?

The answers may be different for all of us. But Jesus is always THE answer.

This is our challenge, and our privilege: to be Christ today, bringing his understanding, his love, and his prophetic thirst for peace and justice to the world.

An editorial from Dan Connors, Editorial Director, Twenty-Third Publications, on behalf of Bayard.

Image credits:
Top Banner: Shutterstock 1741983407
MINNEAPOLIS, Minnesota, MAY 2020. People Outside in the Rain at the Minneapolis 3rd Precinct Protesting Police Violence after the Killing of George Floyd. 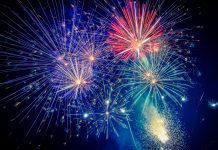 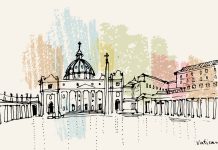 NEWS: The new Directory of Catechesis is out, coming soon in English 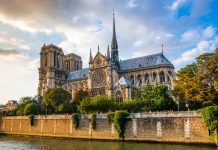