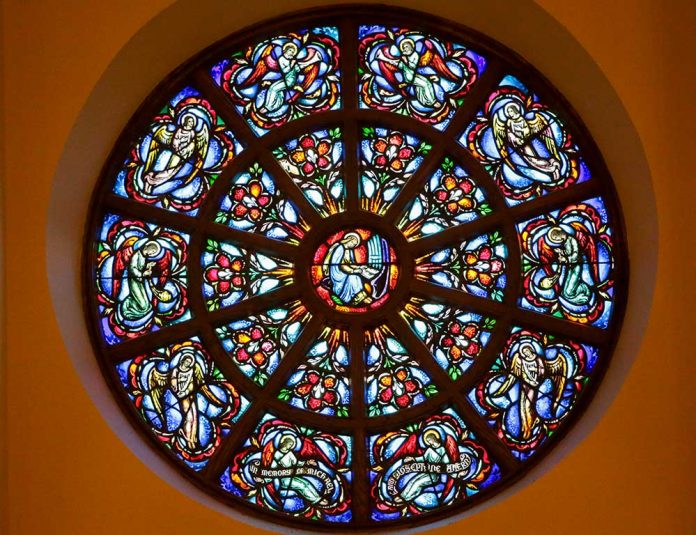 I remember the occurrence as if it were yesterday. For the first time during Mass, we would be able to recite the Our Father in English. I was on fire with excitement! My exuberance was diminished at the end of Mass, however, when we were filing out of church. Sister Bozena put her hand on my shoulder and said, “Tomorrow, Leland, you don’t have to be so loud.”

There was little doubt I was more than willing to profess my faith—in a voice that could be heard loud and clear.

In the ensuing fifty years, the same enthusiasm that was ignited by the Second Vatican Council and the publication of the Documents of the Second Vatican Council continued to be fanned into flame as a variety of documents were produced. I was starting my third year as a first-grade teacher and a part-time catechetical leader for two small parishes when I was introduced to the Green Bay Plan. It would be almost twenty years before I would actually work for that diocese and meet the people who created this legendary process that spread like wildfire across the nation.

The Start of the New Evangelization

Between 1971 and 1972, the U.S. Bishops produced a national directory with a title that spoke of its purpose: Sharing the Light of Faith—and that is exactly what I wanted to do. I proceeded with a “conviction that grace acts and transforms to the point of converting the heart”—the words Archbishop Fisichella used in describing how the New Evangelization starts.

On the heels of this work came To Teach as Jesus Did. Not only were our hearts on fire, but what better catechist to imitate than Jesus himself. It doesn’t matter if I use the Greek (kerygma, diakonia, koinonia, liturgia) or the English (message, community, service, liturgy): These four concepts are burned into my memory and the way I evangelize and catechize, even today.

More fuel was added to the fire with the apostolic exhortation Catechesi tradendae, which proclaimed that the definitive aim of catechesis is “to put people not only in touch but in communion, in intimacy, with Jesus Christ” (n. 5). This was the endless supply of fuel that kept my heart burning—God’s love as encountered in the Risen Christ. A deep and abiding love with the person and the message of Jesus Christ was foundational. Without this intimate relationship, no one would believe me when I proclaimed, “This is our faith. This is the faith of the Church. We are proud to profess it in Christ Jesus our Lord” (from the Baptismal Rite).

The words of Pope Paul VI in Evangelii nuntiandi resonated with me: “Modern man listens more willingly to witnesses than to teachers, and if he does listen to teachers, it is because they are witnesses” (n. 41). And witness we would. “We got Spirit, yes we do. We got Spirit. How ’bout you?”

John Hurley, CSP, now the Executive Director of the Department of Evangelization in Baltimore, put this idea in practical terms when he said, “If catechists have not experienced an encounter with Jesus, then how can they ‘talk the talk’ with other people?…If they have encountered the Lord personally, then they can’t keep that a secret.”

In the ensuing twenty years, the fire of God’s love was fed by retreats like Search, TEC, and Cursillo. Diocesan-sponsored workshops, summer institutes, and day-long in-service events kept my fuel supply full. In the last twenty years, these documents appeared and added to the blaze within my soul: Catechism of the Catholic Church, General Directory for Catechesis, Our Hearts Were Burning Within Us, National Directory for Catechesis, and the U.S. Catholic Catechism for Adults. And now we have entered the Year of Faith, and I wonder how to re-propose the gospel and ignite the fire of faith that is “new in its ardor, methods, and expression” (Pope John Paul II, address to CELAM’s 19th Ordinary Assembly, March 9, 1983).

Confidence in the Gospel

Fifty years later, I am still surprised to discover that the only fire some Catholics experienced then and now comes from the inferno of eternal damnation. They do not want to get into trouble, and they want to avoid any type of punishment. They seek fire insurance from their Church but, contrary to popular belief, we aren’t selling it—or indulgences, for that matter. It is almost impossible for them to have “a personal encounter with the person Jesus, which brings peace and joy” (Disciples Called to Witness, USCCB). It is the lowest rung of Kolberg’s Ladder of Moral Development, where respect for power rather than confidence in the gospel shouts the truth like a fire-breathing dragon intent on burning a path for unbelievers to follow. They do not seem inspired by Porta fidei to encounter “the Love that saves and calls us to conversion of life through the forgiveness of sins” (Porta fidei, n. 6; cf. Acts 5:31).

I have encountered others who believe that “to respond to the Lord’s invitation to adhere to his word and become his disciples” (Porta fidei, n. 7) is the road to eternal salvation. However, the promise of an eternal reward in heaven does not appear to cause enough spark to start anything more than a smoldering pile of leaves. Discipleship is not about reciprocity. Rather, it is about serving the needs of others. “If I give away everything I own, and if I hand my body over so that I may boast but do not have love, I gain nothing” (1 Corinthians 13:1-3).

Several years ago, I read a book by fifth-grade teacher Rafe Esquith entitled Teach Like Your Hair’s On Fire. The title came from an incident in his classroom when he helped a student light her alcohol lamp and, in the process, his hair unknowingly caught on fire. In the Prologue to the book he reflects: “I had done everything I could to help someone. I didn’t do it particularly well, but the effort was there. I thought to myself that if I could care so much about teaching that I didn’t even realize my hair was burning, I was moving in the right direction. From that moment, I resolved to always teach like my hair was on fire.”

This Year of Faith is an invitation, not a command. It is not a time to complain that the Divine should take a more active role in the world, but that we should “make God credible in this world” (Fisichella). It’s more than being nice or doing one’s duty. It’s going to demand sacrifice, courage, and an enormous amount of energy—but probably not more than the original disciples needed in order to follow the Great Commission. They may have been the first to witness like their hair was on fire.

NCCL will gather May 19-23, 2013, in Cleveland, Ohio, for its 77th Annual Conference and Exposition around the theme “Ignite the Fire of Faith/Enciende el Fuego de Fe.” If your faith fire needs to be fanned into flame, if you are looking for a spark to ignite the celebration of the Sacraments, or if you are looking to emulate Old and New Testament witnesses, then join us. All information including schedule and registration is available at nccl.us or at nccl.org. Let’s catechize like our hair is on fire. Proclaim the Good News loud and clear!

Lee Nagel is the Executive Director of the National Conference for Catechetical Leadership. 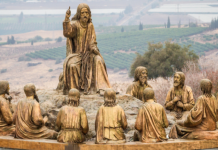 Blessed Are You: Understanding and Teaching the Beatitudes 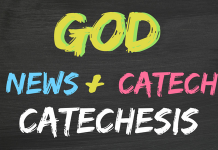 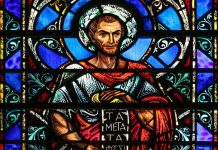 The Catechist with a Green Halo