Home Catechist Formation The Time-Honored Sign of the Cross 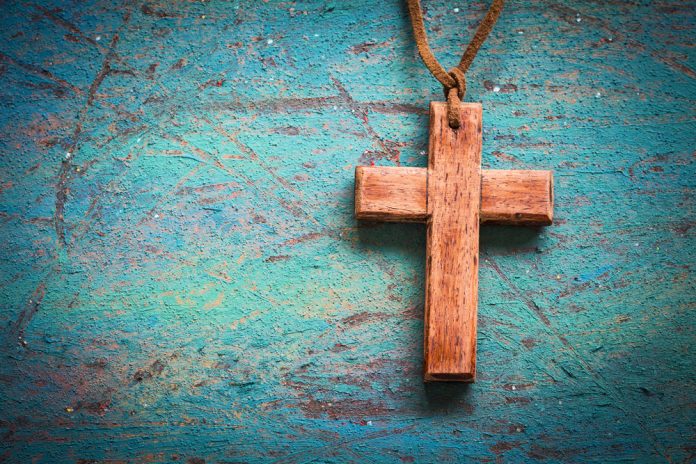 Q: Some non-Catholics have criticized the gesture of the Sign of the Cross as either an empty ritual, something superstitious, or worse. Any advice in defense? –  Anonymous

The Sign of the Cross that Catholics make on their bodies is not a pagan custom, nor a superstition started in the Middle Ages, as some might suggest.  It is actually very ancient, from the first days of the Christian church. (It is so long-established that it has survived in denominations that have even parted company with the main body of the Church over the centuries.)

Early records indicate that tracing the cross on one’s upper body was well-known. To readers of a very popular book about the life and deeds of the Apostle Paul, written about 160 AD, there is witness of a young martyr who was about to be burned at the stake — and how she was miraculously saved from the flames when she made the Sign of the Cross.

Already by about 200 AD, the church father Tertullian recorded that it was Christian practice to make the Sign on one’s bed and on oneself, especially before praying. About ten years later he wrote that the Sign of the Cross was so old a tradition and so generally accepted throughout Christendom that it could be considered as dating from the apostles:

At every forward step and movement, at every going in and out, when we put on our clothes and shoes, when we bathe, when we sit at table, when we light the lamps, on couch, on seat, in all the ordinary actions of daily life, we trace upon the forehead the Sign ….

If, for these and other such rules, you insist upon having positive Scripture injunction, you will find none. Tradition will be held forth to you as the originator of them, custom as their strengthener, and faith as their observer. That reason will support tradition, and custom, and faith, you will either yourself perceive, or learn from some one who has.

A church manual titled The Apostolic Tradition and ascribed to St. Hippolytus of Rome, written around 217 AD, but scholars consider that it describes Christian practice of a generation earlier. It prescribes making the Sign in connection with prayer. It advises:

If you are tempted, seal your foreheads reverently. For this is the Sign of the Passion, displayed and made manifest against the devil, provided that you do it with faith, not to be seen by men, but by presenting it with skill like a shield.

And, a little later: “By sealing the forehead and eyes with the hand, we turn aside the one who is seeking to destroy us.”

The reference to the forehead harkens back to the older practice of making a Sign of the Cross only on it. Only centuries later did it extend to touching the middle of the chest and shoulders. The tradition survives today at the reading of the Gospel in the Latin Rite of the Roman Catholic Church, when worshippers cross their foreheads, lower chest, and shoulders.

In another book, Hippolytus recorded that a Christian virgin signed herself with the cross when beginning her escape from an imminent rape.

The third-century Acts of Thomas record that during a mission to India the Apostle made the Sign over a penitent when he sent him to repair the evil he had inflicted. Later in the same century comes an account that St. Paul crossed himself when entering a city in Spain, and upon perceiving a woman’s prayer. Dating from the same century, a narrative recalls that when armed men were about to capture the Apostle Andrew and his companions in Greece, Andrew made the Sign of the Cross and prayed, with the result that an angel touched the swords of the armed men, and they fell down, allowing Andrew and his company to pass freely.

The Sign was part of the Church sacramental life, especially Baptism. The Sign of the Cross was most commonly used when sealing the newly baptized with oil, although The Apostolic Tradition mentions that shortly before Baptism it was applied to the forehead, ears, and nose, with prayer.

Therefore, do not let anyone tell you that by making the Sign of the Cross you are doing the devil’s work by following superstition. This is no empty ritual. Nor is it in any way an evil sign related to the “the mark of the beast” in the Book of Revelation. (See Revelation 14:11; 16:2; 19:20; 20:4.)

The Sign of the Cross was endorsed by the first heirs of the Gospel in the first two-and-one-half centuries AD — those who knew the mind of Christ and the apostles — and their Bible interpretations and teachings. The early Christian writings preserve the concerns, approaches to life, ways of responding to God, and how they lived their commitment to Christ in an era that was much closer to the time of Jesus and the apostles in language, time, culture, assumptions, and locale. The Sign of the Cross was truly among them.

The Sign of the Cross is a witness to a new life in Christ, thanks to our Baptism. It is a powerful prayer that reminds believers of their relationship with God the Father, Jesus, the Son, and the Holy Spirit.

David W.T. Brattston is a writer with over 10 books and more than 350 articles synthesizing early and modern Christianity. A retired lawyer and judge, he resides in Lunenburg, Nova Scotia, Canada. 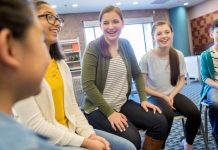 Advice From A Master Catechist: When the Lesson Plan Says “Discuss” 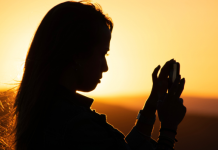