Cecil B. DeMille’s epic movie, The Ten Commandments (Paramount, 1956), is not steeped in Biblical scholarship, but many Catholics remember seeing it more vividly than they remember their first religion lesson.

When Charlton Heston (Moses) stands in front of the golden calf, stone tablets raised overhead, we feel his rage at the faithless people who seem to delight in disobeying God. Lasciviously dressed dancers frolic around an idol, but Moses makes quick work of that—and the first incarnation of the tablets. The desert-drifting ways of the Israelites must come to an end, and God’s law serves as a guidepost to the Promised Land. But who were these ancient people, and what did they believe about God? How do their faith struggles relate to our own faith journey?

In biblical times, many cultures were polytheistic, worshipping multiple gods. John L. McKenzie, author of Dictionary of the Bible, commented that Baal worship was related to the cycle of fertility, and its purpose was to ensure the fecundity of the land and its peoples. Gideon, in Judges 6:28, is said to have destroyed an altar to Baal in his father’s home.

God was sometimes worshipped by the early Israelites in rites similar to the cult of the Baals, and this practice was vehemently discouraged (Hosea 2:18-19) because, as McKenzie describes, it reduced Yahweh to the level of a personified force of nature.” Worshipping the God of Israel in the high places, on the altars of sacrifice erected for the gods, was forbidden. The lines were clearly drawn for the Israelites between nature worship and the worship of a caring, divine being. This was a defining moment in their salvation history–and in ours. Israel became a monotheistic culture, eventually recognizing only one all-powerful God. He is the author of nature, not just part of it, and all of creation bows to him.

Our relationship with the one true God is personal. He chose the Israelites by name, and he asked for their love, worship, and commitment in return. Commitment is a key word here. Covenants bound God to his people: from Noah’s rainbow to the promises made to Abraham. Moses led the Israelites to the burning bush of truth–the one true God cared about them as individuals and gave his commandments as laws of love for them.

God’s desire to lead all of his people to salvation has never wavered. The journey of the Israelites is our journey, through the many desert experiences of daily life. We may turn away and worship false gods (think: power, money, covetousness, irrational fears, prejudices), but God is always there to lead us back to our Promised Land: heaven. There is no further need for blood offerings in this worship. In the ultimate act of committed love, God sent his Son to give a blood sacrifice for sin “once and for all” (Romans 6:10). Our reception of the Eucharist at Mass continuously cements our covenant with God in a very personal way. This is not idol- or idle-worship, but an active communion with a loving God.

The Ten Commandments are a personal call to keep this relationship on track, and to bring that love and respect to our dealings with others. While the first three commandments are clear guidelines that govern how we should love and respect God, the next seven regulate our day-to-day relationships. What we say and do to each other absolutely matters to God. Love and right worship are far removed from the idols, rites, rituals, and sacrifices of a primitive, cultish nature. We are empowered and expected to do more–we are called as people of God to be more. The challenges are many, but the laws of love given to us by God will lead us to our Promised Land.

Evelyn S. Mautner is a lifelong educator and learner, spending many years teaching fourth- and fifth-grade students. She has written for Living with Christ magazine.

This article was originally published in RTJ’s creative catechist, October 2013. 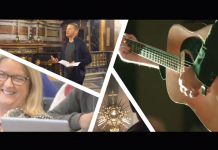 What is Theology of the Body? With Christopher West 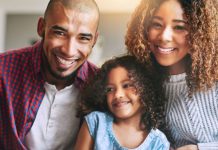 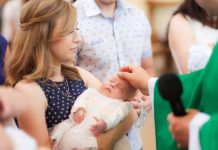