A framework for youth ministry for the first post-Christian generation

For the last 15 years, Catholic faith-formation experts have been struggling over the best ways to reach and retain “millennials,” a title given to individuals born from 1981 through 1996. This is the most studied generation in the history of studying generations. Data from numerous sources shows that many millennials (upwards of 70 percent) leave the Catholic Church during their college years, and most never return. The fastest-growing religious identifier among this generation  Generation Z diverges from millennials in many ways is “spiritual but not religious.” But as millennials age, get married, and start families, they are no longer the only “young people” churches must consider. “Generation Z” is here, comprised of individuals born between 1997 through 2010. Generation Z diverges from millennials in many ways and presents unique challenges and opportunities for churches that hope to capture their attention.

For many, St. John Paul II’s visit to Denver during World Youth Day 1993 and the dawn of Catholic youth ministry publishers marked a beginning of unique and intentional adolescent faith formation. ut is our historical approach the right recipe for a  future of successful youth ministry? It is not Luke’s “Road to Emmaus” as usual. Generation Z does not simply encounter Christ and then run to the upper room. A reformed attitude toward young Catholic faithful is needed.

As an undergrad, I was introduced to the writings of a Catholic historian named Christopher Dawson.

He argues that the history of the Christian Church can be divided into segments of 300 to 400 years, and that each of these “stages” began — and then ended — in crisis. The landscape of each crisis is similar in origin. There was intense attack by new challenges, if not enemies, from both secular and religious society. New spiritual purpose and effort brought the Church renewal and resurgence among the people.

Dawson accounted for six such ages at the time of his writing, just after World War II.

I believe we are now living at the start of another stage. Pastor James Emery White in his new book, Meet Generation Z: Understanding and Reaching the New Post-Christian World, calls this “a seventh age.”

Meeting Generation Z where they are

So who is Generation Z, and why are they so important? These youth are the youngest, and by far the largest, generation on the planet, accounting for 32 percent of the population in 2019. This means that in the coming years they will not simply influence culture — they will be culture. According to White, they are the first “post-Christian generation” in American history, which means that they lack a general vocabulary of faith. The latest research shows that 39 percent of those between the ages of 18 and 29 place themselves in the “nones” or religiously unaffiliated category. (This should not be a surprise, given that 61 percent of all Americans do not attend church regularly [Pew Research, 2016]). White argues that they will be the most influential religious force in the West and the heart of the missional challenge facing the Christian Church. As a result, they are the most pressing generation to study. Catholics must take note.

Two generations of “nones” have led to an epidemic of church closures and catechetical despair.

But there is hope. The latest generation of teens has much to contribute to the future of the faith.

1. “How are my relationships with those I encounter affected by my relationship with Jesus?”
First, individuals within Generation Z have a strong desire to make a difference and are attracted to what will enable them to make that difference. A faith that is privately engaging but socially irrelevant will not attract them. This question opens a broad door for healthy accompaniment-driven youth ministry. Relational ministry is the primary strategy here.

Accompaniment in ministry places Christ at the center of relationships: being present to our young people both socially and spiritually, living active spiritual lives, and teaching empathy over sympathy as authentic companionship. More traditional congregations may be startled by a generation of difference makers. However, continuing to form a young generation in the faith with the same old strategies is not an option.

Making a difference is a radical ideology grounded in the very nature of Christ. Reveling in Jesus as countercultural and unique in his message is the exact language necessary to draw young people into a passionate relationship both with the Gospel and the Eucharist.

2. “Why does the Church care about my personal relationships?”
Second, traditional morality will be a tricky conversation. This generation openly embraces moral relativism. Relational approval and lifestyle affirmation seem to be one and the same. Individual freedom is simply a core value, yet there is a natural desire for truth.

From homosexuality to extramarital relationships, an array of pointed questions become seeds for division in a young person’s heart. This is a big deal, and for youth ministers, this is a non-negotiable point of contact. At the heart of difficult moral questions is the very person of Jesus. Truth is a person — Jesus Christ — in the Catholic Church.

Teaching the positively dangerous outcomes of immersing oneself more deeply in a relationship with Christ leads to a clarity of truth. Our ministry to young people becomes genuine mentorship and the modeling of pursuing truth in all things. We must welcome these difficult questions and preach truth with a pastoral heart.

3. “Why would I believe in anything that cannot be proven?”
Third, Generation Z has an amazingly deep sense of awe and wonder about the universe. More than any other generation, it is open to spirituality via cosmology. To many, this seems threatening. Fear not — instead see this reality as an opportunity. There is nothing new about questioning faith in an age of science.

Never before has an age demanded creative illustration of the harmony between science and religion. This is a space where Catholics can truly shine. Illustrating the grand nature of the cosmos with the language of our creed is only a beginning. Wonder and awe are gifts of the Holy Spirit! Our Creator is managing 15 billion known light years of universe and he knows our names. If the language of great youth ministry becomes an invitation to seek answers for some of the toughest questions, we might just witness mass conversion for both young people and their parents!

Unfortunately, the majority of Catholic churches are not well prepared to relate to this generation. Parishes tend to be detached from the technological world Generation Z occupies. On the deeper level, they are detached from the culture itself in such a way as to be unable to build strategic bridges — relationally, intellectually, aesthetically — to reach Generation Z. There are a lot of blind spots. 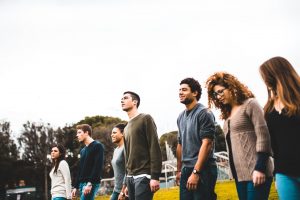 The way our young people ask questions about the faith has changed. Instead of, “Did Jesus rise from the dead?” the question is now, “So what if he did?” Instead of asking, “Does God exist?” the question is now, “What kind of God would call for the killing of an entire group of people?” Instead of testimonies about lives changed through Christ, young people question why lives currently lived by Catholics aren’t more changed, but are instead marked by judgmentalism, hypocrisy, and intolerance.

In order to address this shift, we must move from being event-leaning to being process-and-event-directed. For the last several decades, getting young people to come to the ministry gathering has been the wheelhouse of youth ministry all over the country. In light of today’s realities, there must be fresh attention paid to the process that leads people to the event. The goal is not simply having a great Christocentric experience. It is about a journey of lifelong discipleship. Pope Francis and many leading minds in Catholic youth ministry constantly rely on the language of “accompaniment” and “encounter.” These words do not simply challenge the public expression of our faith — they demand evangelization

Gone are the days of the “youth group” as the only means of preparing missionary disciples. It is time for youth ministry efforts to move beyond simple once-a-week programming into deeper individual faith sharing. Multiple intentional strategies for approaching and gathering teens will replace stale “youth group” approaches.

Gathered and non-gathered ministries (see below), devotional groups, intentional sacramental encounters, and joyful adults navigating healthy faith sharing will lead to a new path of witness for this generation. Parishes may even find the walls between “youth” and “adult” formation crumbling as common interest in deeper topics begin to birth small Christian community dialogue.

It is an astonishing time we live in as catechists. Perhaps Generation Z is exactly what our beautiful Church needs to challenge all of us as pilgrims on the Road to Emmaus!

There are many ways to minister with youth without having them gather at the parish or at an event.
■ E-mail prayers and greetings, study kits, newsletters;
■ Snail mail birthday cards, prayer cards, emergency phone number cards;
■ Attend, as a youth ministry team, non-church-related activities in which your youth are involved such as sporting events, concerts and theatrical performances;
■ Some youth gather digitally on their own. For example, in my diocese of Helena, Montana, nearly 50 young people posted questions from the YouCat on Facebook live. They then proceeded to have extensive conversations about the answers they found in the resource, as well as their own personal ministry experiences. No room was needed. No environment set up. These were simply youth wanting more and finding simple ways to engage a healthy faith community.
■ For more ideas, see No Meeting Required: Strategies for Non-Gathered Ministry, (St.
Mary’s Press).

Doug Tooke is the director of ministry for ODB Films. Go to ODBFilms.com

This article was originally published in Catechist magazine, February 2019 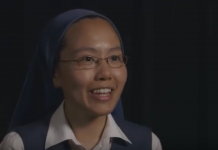 One Sister’s Vocation Story: From the Daughters of St. Paul 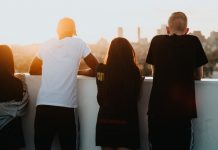 Snatched from the Dragon, Caught for Christ 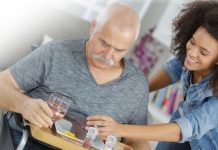