Malta is an island in the Mediterranean Sea just south of Italy. That’s were George Preca lived with his mother, father, and brothers and sisters. His mother was a teacher, and his father was a merchant. George was often sick, but he did not let that stop him. George knew that when he grew up he wanted to help other people.

After high school George entered the seminary and was ordained a priest in 1906. Fr. George trained people in parishes to teach children about Jesus. He encouraged the catechists to share Gospel stories with the children so they could learn to follow Jesus in their lives.

Fr. George wanted all people to have the opportunity for religious education so they could learn about God. This was a new idea, and the wealthy upper class was against it. Fr. George did not give up, though, and eventually it became a reality. He didn’t do things the way they had always been done. He looked at what was needed instead.

Promoted the Mysteries of Light

Another good idea Fr. George had was coming up with the five Mysteries of Light for the Rosary. Pope John Paul II presented the Mysteries of Light (the Luminous Mysteries) to the Church in 2002, and we pray them today. These mysteries remind us to follow Jesus, who is the light of the world. St. George Preca trusted always in God and was canonized a saint in 2007.

What can we do?

✱ Talk about this saint. Who did Fr. George train to teach children? Why did he want children to learn about the Gospels? Why were some people against Fr. George? Did he give up? Why is it important to think of new ideas? What are ways we can help in our parishes?

✱ Do Gospel charades. Small groups of children can take turns acting out Gospel stories while the others try to guess which ones they are. This is done without using words. Use stories such as: Jesus calms the storm (Mark 4:35-41) or the prodigal son (Luke 15:11-32). Give children ideas as needed.

✱ Frame a Bible verse about trust. Ask children to print “All things are possible for God” from Mark 10:27 on white paper and glue the words to a half sheet of blue card stock. Then the children make a mosaic frame around the edge of the paper with small triangles of self-stick craft foam. They can take the verse craft home to share with their families.

Lord Jesus Christ, we thank you for all you have done for us through your life, death, and resurrection. You are the living gospel that we should follow in our lives each day. Help us to teach people about you as St. George Preca did. May we share your Word with others following his example of faith. Amen.

Patricia Mathson, MRE, is the Children’s Ministry Coordinator for a shelter. She has authored many books from Twenty-Third Publications, including 70 Prayer Starters for Children.

This article was originally published in Catechist, April/May 2017. 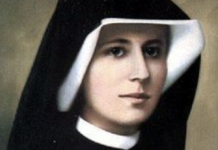 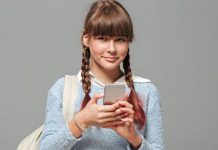 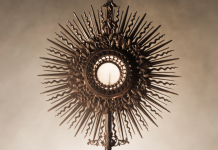 The Source and the Summit