On the age for Confirmation for children and youth

The sacrament of Confirmation poses something of a challenge for catechetical leaders in the Roman Catholic Church. It has sometimes been called a sacrament in search of a theology. Many parishes see a steep decline in participation by young people after they receive Confirmation, reinforcing a shared sense that many youth remain in catechetical programs not out of a sense of Christian faith, but in order get the sacrament and then “graduate” from formation. For this reason, Pope Francis famously described it as “the sacrament of goodbye.”

Despite snarky assertions to the contrary, Confirmation has a solid theological foundation in the Church’s sacramental system. As the second of the three Sacraments of Initiation, Confirmation “completes” Baptism and serves to deepen its graces. It strengthens the gifts of the Holy Spirit within us and brings us into closer communion with the Church, as well as perfecting the universal priesthood of the believer and bestowing a mandate to proclaim the Gospel to the world (see CCC, 1303-1305).

The age of Confirmation 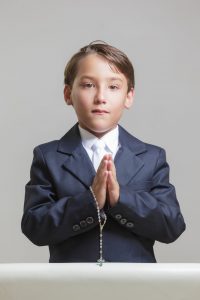 In the early Church, the connection between Baptism and Confirmation was more evident. When an infant was baptized into the Church, two anointings were administered: a post-Baptismal anointing by the priest (still retained in the Rite of Baptism to this day) and the anointing of Confirmation by the bishop. As the Church grew and infant Baptisms increased, it became increasingly difficult for the bishop to be present. As a result, Confirmation began to be delayed until the bishop could visit the community and celebrate the sacrament. (In the Eastern Catholic Churches, Confirmation is still administered at Baptism by a priest.)

The practice of administering First Communion at about second grade while delaying Confirmation to middle or high school is a relatively recent development. In his book Confirmation: How a Sacrament of God’s Grace Became All About Us, Timothy Gabrielli notes that before the 20th century, first Communion was typically celebrated after age 12, while Confirmation was celebrated around age 7. St. Pius X, in his 1910 papal encyclical Quam singulari, encouraged the reception of first Holy Communion at the age of reason (defined as about age 7) so that young people might be strengthened by the graces of the Eucharist while still in a state of relative innocence. He feared that delaying the sacrament would increase the chances of young people falling into vice before they could avail themselves of Christ’s body and blood.

While lowering the age of First Communion, Quam singulari did not address the age of Confirmation. According to Gabrielli, an unintended consequence was that Confirmation was set adrift from Baptism and the Eucharist. Without a clear role in the process of initiation, pastoral practices around Confirmation began to reflect other cultural practices of initiation into adulthood — a sort of Catholic bar mitzvah or Jugendweihe. Proponents of this approach pointed toward the Church’s teaching that Confirmation is the sacrament of Christian maturity.

However, as the Catechism of the Catholic Church notes,

Although Confirmation is sometimes called the “sacrament of Christian maturity,” we must not confuse adult faith with the adult age of natural growth, nor forget that the baptismal grace is a grace of free, unmerited election and does not need “ratification” to become effective. (See CCC, 1308)

Indeed, the practice of the Western Church permits even newborns to receive Confirmation immediately after Baptism if there is a danger of death.

Concerned about keeping young people in catechetical formation following Holy Communion, many pastors and DREs also began to advocate for later Confirmation as a “carrot” to keep young people involved in parish programs. This has led to a “graduation” mentality around the sacrament, since it involves a major celebration at the supposed end of formation.

In recent years some dioceses in the United States have sought to address this pastoral conundrum by moving the reception of Confirmation by young people to around age 8 — after Baptism and before Holy Communion. Known as “restored order” or “original order,” this practice has initiated a wider conversation about parishes’ practices surrounding Confirmation and whether restoring the order is a return to more ancient practices that can help us reclaim a “forgotten sacrament” or simply moving up the age at which young people disengage from parish life.

One advantage of the original order is that it better reflects the Church’s theology of initiation. Baptism, Confirmation, and the Eucharist are meant to build on one another:

By means of these sacraments of Christian initiation, [the faithful] thus receive in
increasing measure the treasures of the divine life and advance toward the perfection
of charity. (CCC, 1212)

Practically speaking, moving up the age of Confirmation presents an opportunity to engage
parents in their children’s formation. In the Diocese of Honolulu, Jayne Mondoy, the director of the Office of Religious Education and Faith Formation, says she has seen an increase in the number of resources for parent formation and adult faith formation being provided by parishes.

“We as [the] Church understand that there is wisdom in the centrality of adult faith formation in helping parents to reclaim their role as the primary catechist of their child,” Mondoy said. “From a practical perspective, it helps address the question: If we confirm them at the age of reason, then what? Will they come back? What do we have? How can we help the families to continue grow in the faith?”

Parishes in the Archdiocese of Denver are given devotional booklets developed by the archdiocesan Office of Evangelization & Family Life Ministries to use during their sacramental preparation programs, thus helping young people explore the scriptural foundations of the sacraments. While some parishes have continued to see a post-Confirmation drop in attendance, Jared Staudt, the archdiocesan director of formation, said others have seen an increase in interest from families in faith formation. “We actually heard from one of our parishes that they’ve seen an increase in attendance in 4th grade driven by the parents, because [they] appreciated what they were receiving.”

By engaging parents in the formation of their children, it also gives adults the opportunity to experience the faith anew through the eyes of their children. As a result of this approach, parents grow in their faith and consider their own relationship with the sacraments. Mondoy says she has seen parents come forward and request Confirmation for themselves or ask to have their marriages regularized and convalidated.

For parents unaccustomed to participating in their children’s faith formation, many questions may need to be answered, especially if it has been years since those parents have participated in a formation process. Both Mondoy and Staudt affirmed the need for proactive communication with parents, catechists, youth ministers, and parents, as well as create a realistic timetable for implementation. Both the Archdiocese of Denver and the Diocese of Honolulu have chosen to implement restored order over the course of three years, allowing them to pilot the process in parishes that already have programs and ministries ready for the challenges.

Another reason dioceses have chosen to implement restored order is to move the focus of
Confirmation prep toward a more discipleship-based approach. Traditional Confirmation preparation programs often take a requirements-based approach involving a series of checkboxes to complete on the journey to the sacrament. This approach risks neglecting a broader formation toward Christian living. As Bishop Thomas John Paprocki of the Diocese of Springfield-in-Illinois (who recently decided to begin implementing restored order) noted in a column in his diocesan paper, “Service projects … are to be understood not as requirements to be completed in order to be confirmed, but as the way that fully initiated Christians live out their baptismal commitment by serving others.”

The challenge of continuing catechesis for older youth

At the same time, moving the sacrament of Confirmation to an earlier age is not a panacea for the Church’s evangelization of young people. Simply moving up the age of Confirmation doesn’t address the need to evangelize young people — to proclaim the kerygma, mentor them in a life of faith, and accompany them in their growing relationship with Jesus.

Both Mondoy and Staudt emphasize that without a clear plan for youth formation after Confirmation, parishes risk the same drop off in attendance currently seen in many catechetical programs. Mondoy highlighted the need for a robust youth ministry program. “We can’t just move Confirmation to the age of reason and have nothing [to offer after],” she said. With the diocesan youth ministry director, Mondoy is helping parishes discern what a comprehensive youth ministry program should be through resources such as Renewing the Vision (the USCCB’s document on youth ministry).

In the Archdiocese of Denver, parishes have been given general guidelines and principles for post-Confirmation catechesis. But Staudt said it would be a mistake to envision this formation as a traditional, classroom-based education. “What we were doing before didn’t work. Our religious education has failed to keep people engaged in the faith and practicing their faith into adulthood. So what I’m telling people is that now is the time to make some changes to be more effective.”

The bottom line, according to Staudt, is that the celebration of the sacrament must be preceded by a winsome, evangelizing formation. “If you have a compelling program, people will continue to attend. If you go back to the “same-old-same-old,” then people may not come back.”

Jonathan F. Sullivan is the director of parish ministries, services, and catechesis for the Diocese of Lafayette-in-Indiana. He blogs at JonathanFSullivan.com

This article was originally published in Catechist magazine, November 2018 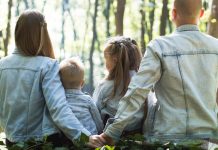 The Inestimable Importance of Christian Families 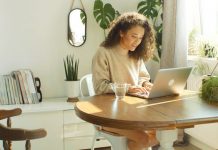