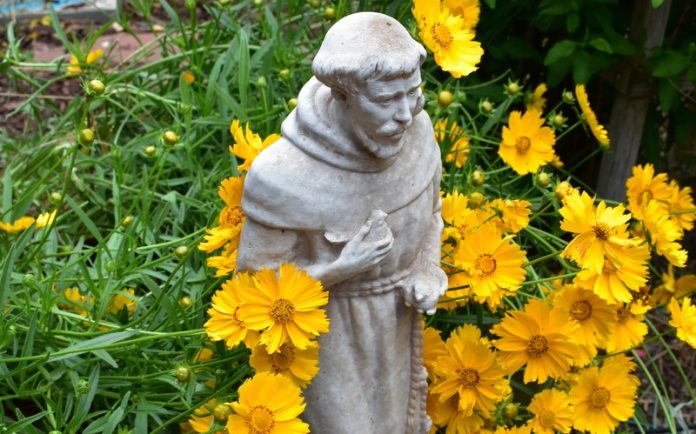 Francis Bernardone lived in the town of Assisi in Italy. He was the son of a wealthy merchant and liked to party with his friends. When he was 20 years old, he became a soldier, was captured, and spent a year in prison. After that he was very ill and had a lot of time to think. He decided to change his life.

Francis went to pray in a little church in Assisi and heard God call him. He longer wanted to go to lots of parties and wear fancy clothes. He gave away everything he had and lived a life of poverty, prayer, and service. Soon other people joined in his work. Francis insisted that they live simply also.

Francis went around the countryside telling people about God’s love for all of us. He called himself Brother Francis to emphasize that we are all brothers and sisters in Christ. He had compassion for the sick and the poor. He reached out to people with leprosy. He lived the gospel in his life each day. Patron saint of ecology Statues of St. Francis often show him with a bird perched on his shoulder. This is because Francis loved all God’s creatures. Francis gave praise to God for the gifts of creation. Francis of Assisi died in 1226. He is the patron saint of ecology. His example reminds us to care for our world and the people in it. 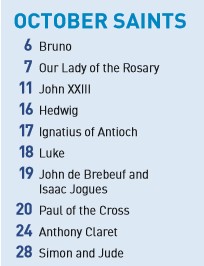 ■ Talk about the example of his life. Why did Francis give away everything he had? What did Francis call himself? Who did Francis help? How can we live the gospel in our lives like Francis? Why is St. Francis of Assisi the patron saint of ecology? How can we give thanks to God for the world God made for us?

■ Encourage children to praise God with a creation craft. On individual sheets of blue paper, each child prints the words “All praise be yours, my Lord, through all that you have made” from the “Canticle of the Sun” by St. Francis of Assisi. Then have them use stickers such as animals, flowers, and stars to make a border around the words.

■ Ask children to brainstorm ways to care for the earth in honor of St. Francis as the patron saint of ecology. Encourage ideas such as recycling paper at home and school, planting a tree, learning about climate change, giving away usable items you no longer need, conserving water by taking shorter showers, and other practical ways to make a difference.

LOVING GOD, we thank you for the example of St. Francis of Assisi. Help us to put you first in our lives and live the gospel. May we treat other people as our brothers and sisters in Christ. Make us aware of the need to care for the earth for future generations. Inspire us to live as we were created, with love for you and love for others. Amen.

Patricia Mathson, MRE, has years of experience as a director of religious education. She is the author of many books, including 70 Prayer Starters for Children from Twenty-Third Publications.

This article was originally published in Catechist magazine, October 2017 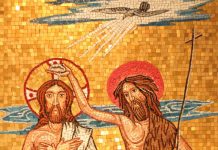 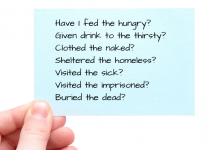 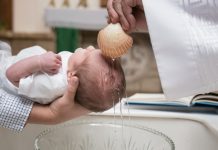 Yes You Can—Teach About Sacraments: The Beginning of Our Christian Journey